Jetpack Joyride l Version:1.3.6 | Size:27.32MB
Developers: Halfbrick Studios | Language:English
Fly the coolest jetpacks ever with Barry Steakfries in a fun-filled adventure!
You're going for a ride - from the creators of FRUIT NINJA! One of the hottest mobile games in the world is now available free on Google Play!
** Winner **
- Pocket Gamer - Best Action/Arcade Game 2012
- Pocket Gamer - Overall Game of the Year 2012
- Gamasutra Mobile Game of 2011
- Game Revolution Best Mobile Game 2011
****
Suit up with a selection of the coolest jetpacks ever made and take to the skies as Barry Steakfries, the lovable hero on a one-way trip to adventure! From the creators of the worldwide phenomenon Fruit Ninja comes the action-packed Jetpack Joyride, Halfbrick's most anticipated Android game ever!
****
"Jetpack Joyride is, quite simply, an amazing game." -- IntoMobile
"Like all the best mobile games, Jetpack Joyride is criminally simple." -- Kotaku
“A miracle, by all accounts.” - PocketGamer
****
Join Barry as he breaks in to a secret laboratory to commandeer the experimental jetpacks from the clutches of science evildoers. After lift-off, simply touch the screen to ascend and release to descend, raining bullets, bubbles, rainbows and lasers downwards as you fly towards higher and higher scores!
You'll start off with the legendary Machine Gun Jetpack to scatter the evil scientists of Legitimate Research, but throughout each game you'll collect coins and complete missions to earn cash and buy new gear in The Stash! Pick your favorite jetpack, snazzy outfit and stock up on items then get back out there!
Get a boost of speed and power using the Lil' Stomper, Profit Bird and Crazy Freaking Teleporter, just a selection of the vehicles pickups available - all playable with one touch controls.
Stay alive, get funky and lose yourself in Jetpack Joyride. There's so much to see and do, all the time in the world and more than enough jetpacks! As always, Barry Steakfries will provide!
LIKE JETPACK JOYRIDE ON FACEBOOK!
http://www.facebook.com/jetpackjoyride
Due to technical limitations, any device with 600Mhz or less will be unable to run Jetpack Joyride. Known devices include:
HTC Wildfire S
Huawei M865
Samsung Galaxy Mini
LG Optimus One
HTC myTouch 3G Slide
HTC Explorer
ZTE X500
Samsung Replenish
LG Ally
Samsung Dart 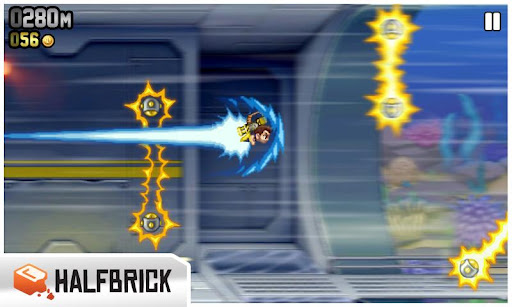 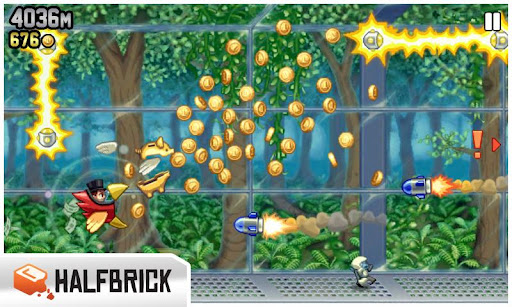 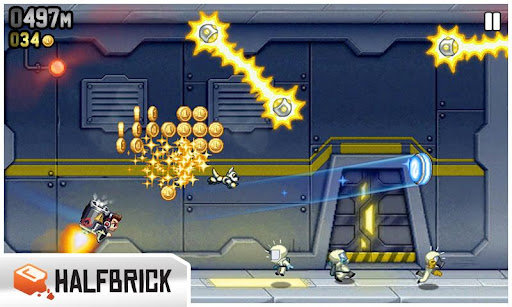