We present the game Parallel Worlds. This game is similar to Mario Brothers and Chip ’n Dale Rescue Rangers.
There are two worlds in a Planet X: light world and dark world. The evil of the dark world began to penetrate into the light through the portals. You need to close all the portals with the magic crystals and get rid of the evil of the dark world. This work is one of the brave residents of Planet X, whose name is Captain Oriniks.
The rules of the game:
* You can take and throw blocks. There are four types of blocks: wooden, stone, ice and a fragment of the crystal. You need collect all fragments of the crystal in a special place to complete the level.
* Collect coins. You can buy improvements for the coins.
* Almost every level has teleports in a light world or in a dark world. Enemies of the light world - small insect, enemies of the dark world - robots.
* Collect potions. There are three types of potions: health, teleportation and the power that gives you the ability to jump higher and run faster with the blocks in their hands.
* At each level, you need to solve puzzle to correctly place the blocks to jump higher and farther.
Controls:
* ARROW buttons - move to the left or to the right.
* TRIANGLE button - jump.
* SQUARE button - take or throw the block.
* STAR button - teleport to another world (available if you have a potion of teleportation).
* Your device must support a multi-touch!
Features:
* An extraordinary concept.
* 30 different levels (and each level has two worlds).
* Funny music.
* Beautiful cartoon graphics.
If the game you think is difficult, you can buy in the store potions improve the performance of the coin. But the game can be completed without improvements, bought in the store.
The game support two languages:
* English.
* Russian.
You can change the language from settings of game. 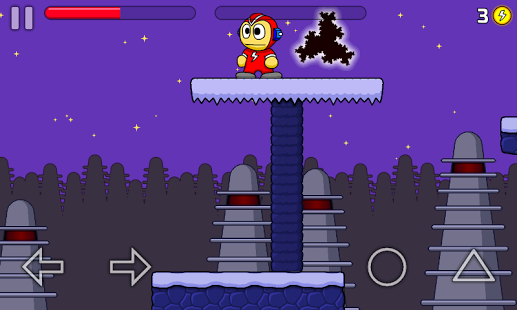 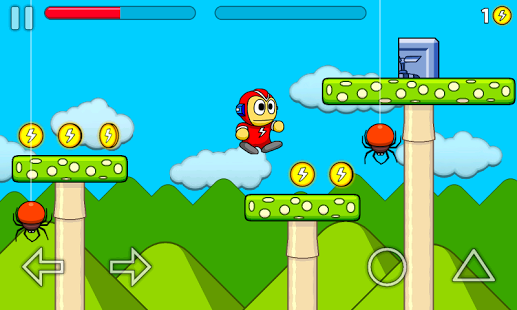 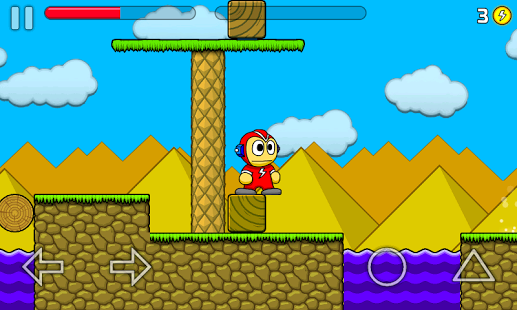