You are a lone outsider in a strange, non-Euclidean world.. As a Rogue, your goal is to collect as many treasures as possible. However, collecting treasures attracts dangerous monsters (on the other hand, killing the monsters allows more treasures to be generated).
Collecting enough treasure also allows you to find rare magical orbs, which grant you one-time or time-limited special abilities.
The world is a combination of eleven types of lands. Each land type has specific style (monsters, treasure, magical orbs, terrain features). Collecting treasures only attracts more monsters in lands of the same type, so you can try to collect lots of treasure in several different lands! Ultimately, you will be able to access Hell, and look for the fabulous Orb of Yendor which is hidden there.
The game is inspired by the roguelike genre, as well as puzzle games such as DROD (Deadly Rooms of Death). HyperRogue is one of just few games played on a hyperbolic plane.
Also play the desktop version of HyperRogue! It is faster, has better display and music. 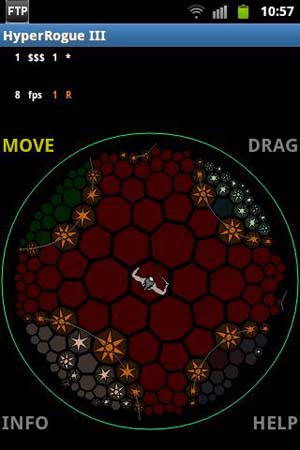 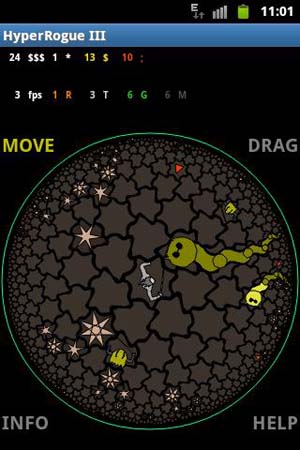