Garfield Zombie Defense is not just your ordinary tower defense game. Join Garfield and his friends as they protect their friendly and peaceful Muncie, Indiana from the scary mutated zombies. It’s guaranteed to put you on the edge of your seat as you strategically place defenders to prevent zombies from reaching the city.
Our story is set in the year 2012 during the aftermath of a strange radiation leak on Mamma Leoni’s lasagna factory. The said radiation had affected a number of people and pets after they consumed the lasagna tainted with radioactive goo. This catastrophe caused them to become lasagna-crazy zombies! You'll be fending off wave upon wave of zombies craving for the last uncontaminated lasagna, which is sitting on Garfield's refrigerator shelf…. in his own home!
Garfield has summoned his long time friends (The Mice, Pooky, Nermal, Odie and other valiant pets in the neighborhood) to team up and combat against these freaks. Among various defenders at your disposal is Squeak, a small mouse that throws bits of cheese, a chick that throws pies in the air and a lot more!
Help them in their fight against these super hungry monsters in Garfield Zombie Defense!
Features:
♥ A Zombie Defense game of epic and hilarious proportions
♥ Various modes to choose from: Story Mode - with 4 types of difficulties; and Survival Mode
♥ Awesomely-designed levels based on The Garfield Comics and The Garfield Show (Jon's home, the Streets of Muncie, Irma’s Diner, the Play Ground)
♥ Defenders consist of Garfield and his friends (Odie, Booker, Nermal , Squeak and the mice, etc.) each with their own special anti-zombie skills
♥ Different types of Zombies (zombie clowns, zombie postmen, zombie dogs, etc.) have individual cunning abilities to steal the Lasagna from the base.
♥ Tons of achievements and in-game power ups
Download Garfield Zombie Defense for FREE on Google Play and save the town…. save the Last Lasagna! 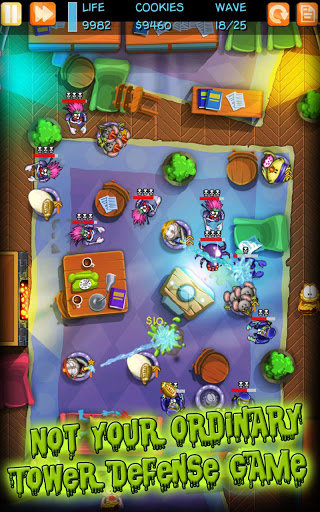 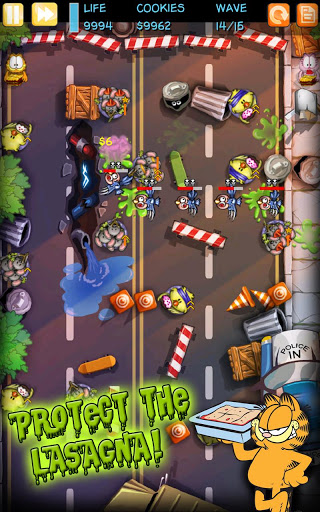 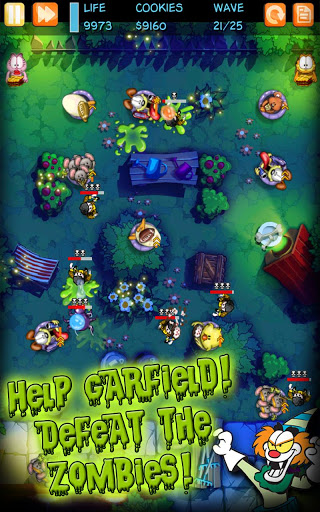