★★★PLEASE NOTE: THIS GAMES REQUIRES INTERNET CONNECTION TO PLAY★★★
RUN, JUMP, AND SMASH AS MARVEL HEROES IN A BRAND NEW ENDLESS RUNNER! COMPETE WITH FRIENDS AS YOU FIGHT SUPER VILLAINS AND THEIR HENCHMEN! HOW FAR CAN YOU MAKE IT?
Fly as Iron Man! Smash as The Incredible Hulk! Run and Jump as Cap! Run and Gun as Super Spy Black Widow!
Unlock additional Super Heroes…
Swing as Spider-man! Shoot arrows as Hawkeye! Unleash the Thunder as Thor! Binary Blast as Captain Marvel!
Dodge obstacles and fight Super Villains like Loki to progress as far as you can. Increase your score by switching between characters and activating each Super Hero’s unique Special Attack. Collect coins and boosts on your run. Then buy special power-ups to boost your distance and score. Run, jump and smash through multiple environments, compete with friends and upgrade your character!
GAME FEATURES:
- Assemble your Super Hero team to achieve the best score!
- Unleash each Hero’s devastating Special Attack!
- Play in iconic Marvel locations!
- Compete against friends to gain the top leaderboard position!
- Upgrade your character to achieve an even higher score!
- Keep the action going with new Super Heroes and location updates!
“Marvel Run Jump Smash… there's a surprising amount of depth beneath that cutesy exterior, and the 2D art might be enough for the one dollar entry fee alone.” – AndroidPolice.com
“Marvel Run Jump Smash is a little more cartoony when it comes to how the visuals are but there is plenty of action in this game, at least for an endless runner. A lot of the main Marvel heroes are available for you to play as whether you choose Spider-Ma, the Hulk or whomever else.” Droidgamers.com 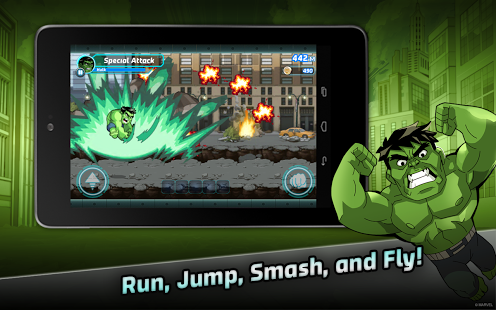 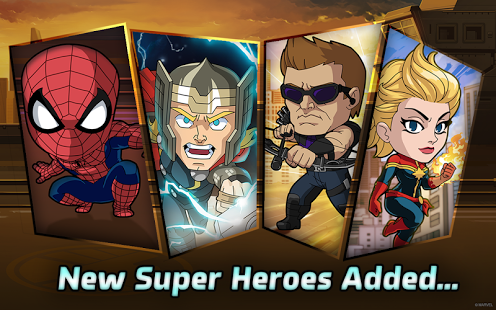 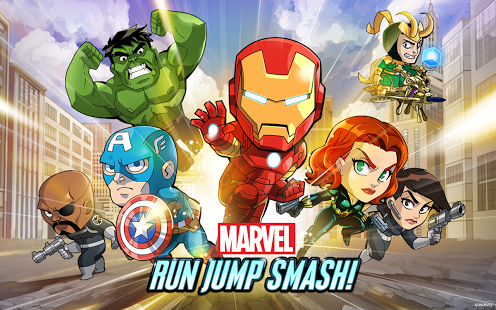