Classic pick and shoot arcade shooter with a strong mafia stylization and gripping black-and-white comics graphics.
The streets of Chicago speak of a new rising star.
They say he's smart, ruthless and determined. They say he will go any lengths. They say he's got a scared face...
Prove them right! Build your bootlegging empire. Shoot your way from the streets to the top mafia ranks. Crush other families to become the Godfather. Become the legend of the gangster world.
Chicago is not safe these days. The back alleys are filled with thugs, mobsters and lowlifes. The Prohibition is the greatest opportunity this country has seen in a long time, but you must seize it before others realize its potential.
The rise from the streets to luxurious cocktail party and prominent circles will not be easy. You will need to use all the dirty tricks. Bribe, threaten, extort. Get organized. Clip those who oppose you. Do whatever it takes to get to sit at the head of the mafia table. The path is open, but only for those with true grit.
In Overkill Mafia you can become the greatest gangster of all time. Plunge yourself into the gloomy atmosphere of the Prohibition Era. Equip the Tommy Gun and wreak havoc. Or as they say: play the Chicago Piano.
- Get mesmerized by the iconic art noir graphics.
- Relive the masterfully crafted 1920s atmosphere.
- Weild powerful arsenal including the legendary Tommy Gun, Bar machine gun and Lupara shotgun.
- Enjoy the original classy soundtrack.
- Throw molotov cocktails, call for gang support.
- Bribe officials with liquor.
- Fight in beautifully looking Chicago environments.
- Win Street Reputation Battles.
- Get dressed in the fanciest fashion.
- Become the Best Shooter in Town in the endless headshot mode.
- Have civilians at your mercy.
Relive the story of a great gangster, the great times of jazz and booze revolution. Toast to your enemies before you crush them to pieces. You can make your mark in history today, but only if you are willing to leave a few bodies behind.
Take the role of a mobster, whack people, lean on people, establish your business and run it like a boss. Just remember, you must NEVER break the Omertà code of honor. 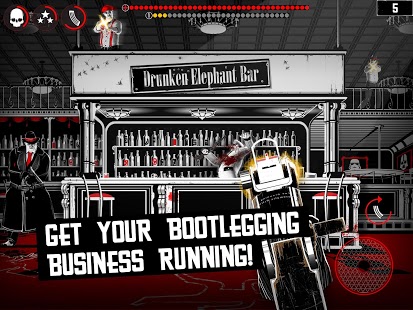 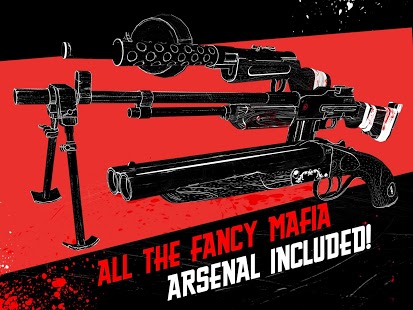 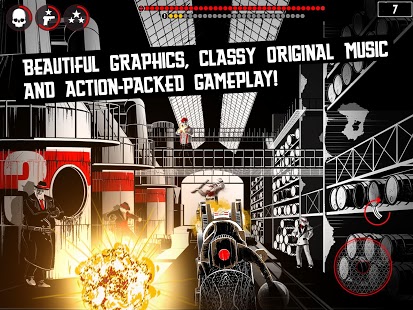