Strategy is the key to success in battle, so summon smartly the Superheroes for your team, choose your tactic and lead your heroes to victory killing legendary bosses and their gangs. Fight and earn experience on the battlefield to level up your heroes and raise their power. Upgrade your base, train the skills of your avengers and improve their weapons and armor. Make your Team Z invincible! Are you ready for epic battles for the supremacy of a cubic world in this turn-based tactical game?
A war between different bands of Superheroes has started. Their only goal: To control the Substance Z and use its evil power to become the strongest human on Earth. So summon your own band of heroes and smash the monsters, warriors, gangstas and other Superheroes to save the world.
Your Team Z start with one unique character, create it at the Operation Center, ship in a new adventure and clash other superhumans on your trip. Recruit them and set up your ultimate Squad Z. Gain experience, upgrade your skills and obtain the precious Z Substance to make your heroes reach their OVERPOWERED FORM!
Hundred of heroes and thousand of fusions in your own base: Like "Catdude" with his claws and feline movements; "Heatgirl", with her hot flames; "Bowman", with his lethal shoots... and many more!
==GAME FEATURES==
COLLECT HEROES
Tons of marvelous avengers with unique skills, can you collect them all?
Loot the villages you'll find throw your adventure. Equip your squad with the most powerful and destructive weaponry.
New amazing heroes and arsenal in each update, the adventure never ends!
EVOLVE & FUSION
Try to get the Z Substance in any of it's forms: Red, Green, Blue, Light or Darkness. Use it to transform simple humans into Superheroes and fight against the evil forces.
There's a secret lab in your base that has discovered a new process to strengthen your team... MIX them! FUSION two heroes to enhance their power!
Train the heroes for the battle in your base and set your own league of justice to face the enemies of the world of Team Z.
BUILD YOUR TEAM
Start your squad, set the tactics and lead your heroes to victory.
Summon the heroes you need in each situation and use the correct magic skill.
Attackers, defenders, supports... many different roles in this RPG Strategy game.
Lead your band of avengers in dynamic tactical battles and become a Superhero!
QUESTS, MISSIONS AND ACHIEVEMENTS
Lots of daily quests and achievements with incredible rewards.
Complete all the missions in each stage to get fabulous prizes.
Participate in the Events and Dungeons and accomplish all the challenges to win special rewards and experience for your team of heroes.
CRAFT-STYLED 3D GRAPHICS
Epic turn-based battles in amazing 3D scenarios full of HD details.
Fight through many battlegrounds inspired in the 80's-90's.
Explore the street of a square world where humans with cubic heads clash each other for the control of the Z Substance.
EPIC BOSSES
Defeat all the evil super bosses in your way and take control of the Z Substance.
Tons of enemies and marvelous bosses, each one with their unique skills and stats.
Are you ready for epic battles for the supremacy of a cubic city in this turn-based strategy game?
PVP ARENA
Do you dare to enter the Arena and face the strongest players in amazing PVP fights?
Only the bravest teams survive in the Arena, where the best and powerful heroes live. The real league of justice take place here!
Reach the top of the PVP Rank slaying players around the world with your Squad of heroes.
Charge your roster of Superheroes through the dungeons in this marvelous RPG!
VISIT US:
http://hyperurl.co/TeamZ
http://generagames.com 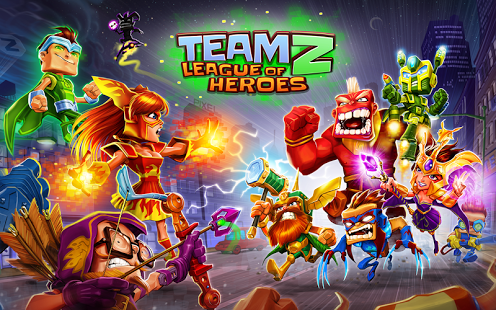 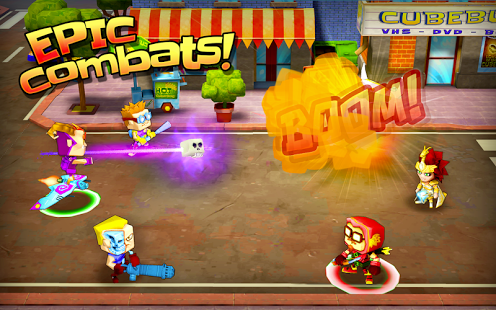 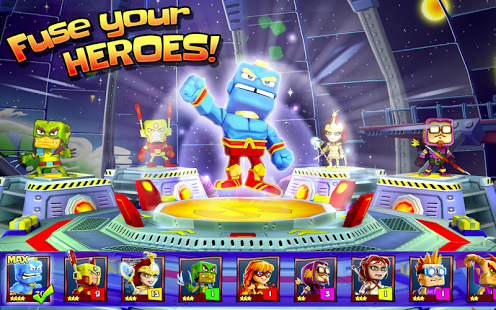 Tags for this game: Genera Games