God of Era revolves around the fierce battles of epic heroes.

World War broke out when the magical power was liberated, all the world fall into the dark and chaotic. A new Legend order needs to be set up, and this is time that the war and Clash of Heroes begins.

The Epic Heroes will have to fight monsters to increase their strength as well as prove their power.
After the strength has been trained with their warrior, they will be competing.
Who is the winner will be lauded the epic of the time - God of Era.

With your warrior to each land to fight to regain control of that land.

God of Era: Heroes War is an action role-playing game (ARPG) where you – a Epic Hero and your Warriors participate in the big war, like Clash of Heroes along with the warriors stand up and unify the kingdom.

Epic Heroes Features
- Heroes system is extremely diverse: Warriors come from different lands, have different fighting styles and skills.
- Hero upgrade from the resources that are gained when winning
- Boss System: Daily Boss and World Boss to Legend conquered
- You can set up your Heroes Team with Hero Legend and join the Heroes of The Storm in big War.
- Soldier Support System for each Warrior: Each Soldier will be assisted by Heroes collected after each War.
- Game map in this Warrior games with a variety of themes ranging from jungle, volcanism, snow to the city, desert that make a Clash of Heroes world. Bring exciting experiences for each Legendary Campaign.
- Daily Task System for Warriors, completing missions and receiving upgrades to become Legendary
- Players can use Automatics mode to let Heroes control the War and win.
- Lucky Bonus to collect resources for Warrior
- Daily rewards to receive the Legend bonus every day.

How to play
- Summon over 10 legendary heroes and legend warrior and assemble them into powerful squads
- Look for items and equip to increase the hero’s power
- Defend daily Boss and Attrack Big Boss in this Warrior game.
- Level up and enhance to strengthen them
-Be smart, organize your team and strategy to fight other players

In Legendary Campaigns, you can connect with friends and team up with everyone who has the same passion and interest. This is your Epic!

Do not miss out on the chance to race TOP together, Send Hero Legend gifts to your friend and help each other become the strongest Legend Hero, or show your achievements on Facebook.
Be a God of War in this RPG game, The Warrior can lead the world and save our life.
If you spot bugs or have any dissatisfaction about the game. Please respond to us at our fanpage:
Facebook: https://www.facebook.com/GodsofEra/
Twitter: https://twitter.com/Zonmob_Games 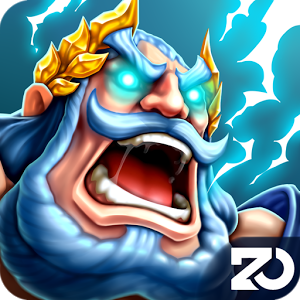 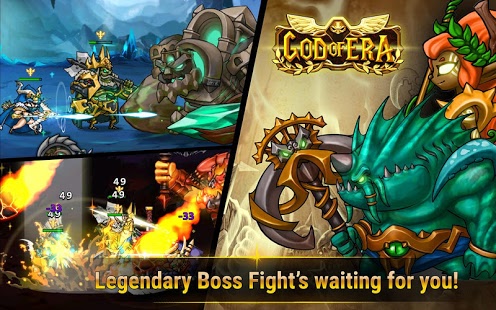 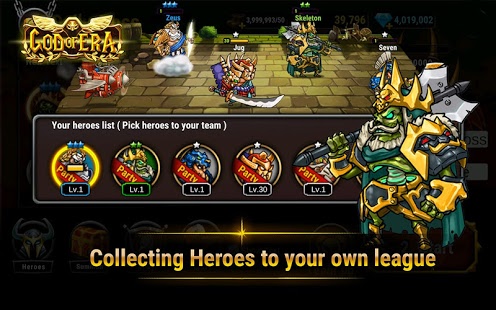 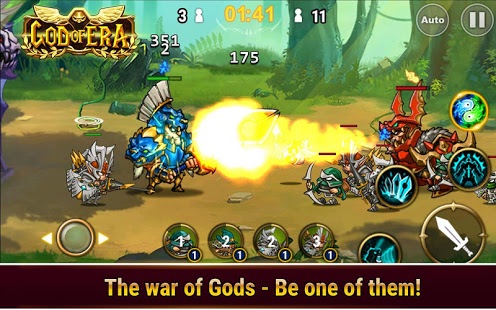