“The Walking Dead” meets tilt gaming in this insane splatter fest of zombie killing mayhem.
When the zombie apocalypse first struck, the residents of Tilt Labyrinth constructed traps to try to kill them, brought out the heavy weapons to try to blow them away, and invented complicated doors and switches to try to confuse them. Nothing worked. Everyone is a zombie now! Everyone except our hero, Rebound. Now Rebound has to escape while fighting hoards of Zombies and navigating through all the failed traps that were left behind.
Three Acts of insane zombie killing action. Navigate Rebound through rotating saw blades, meat grinders, shooting spikes, dropping bombs, and numerous other tricks and traps while simultaneously slaughtering the zombie evil. Can you save the world from the new zombie frontier ?!
Sixty stupidly hard levels to try to conquer with many more on there way!
Features:
* Zombie killing. Lot’s of stupid zombies to slaughter.
* All the sprays, splats and flying giblets you can handle.
* 3D Graphics!
* Six minutes of original music
* A rich landscape of sound effects.
* Multiple zombie types.
* Multiple weapons.
* Small Stupidly Hard levels.
* Quick to play but hard to beat.
* Completing each level is an accomplishment.
* Global leader boards featuring zombie kills, player deaths, and, of course, scores.
It is you vs zombies. Kill zombies now! 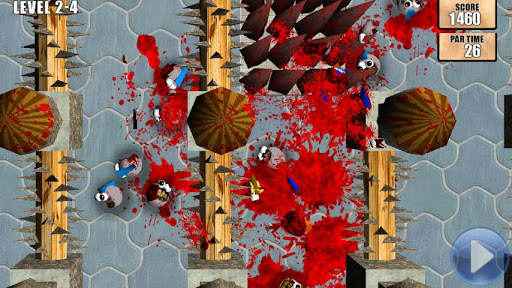 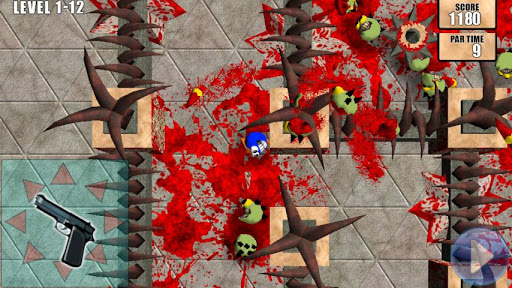 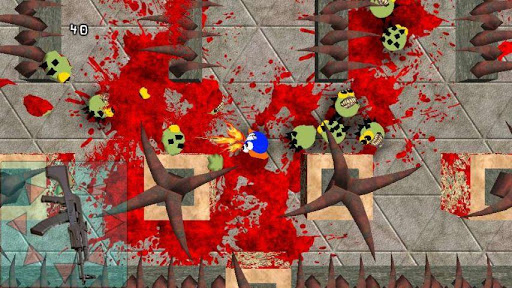