Build your own castle. Gather and train your villagers to fight. Invest in machines of war and engage in battle against the evil forces of Alexander the Red Devil in Nano Kingdoms!
GAMEPLAY
Nano Kingdoms is a tower defense game that requires players to use their best decision-making and strategic gameplay skills to help King Henry Smiley III stop his evil son's plans of world domination.
Build and upgrade a strong fortress, warrior training camps and armories. The more upgrades you make, the stronger your forces!
You have range and melee warriors. Deploy and command your warriors strategically to attack the enemies or defend your castle. Cast magic attack spells to deal greater damage to enemy units.
Each stage has different difficulty levels. Play further to reach much difficult stages until you get to the final stage and meet Alexander the red Devil himself and his strong minions. Fight to save the Nano Kingdom and restore peace once again!
FEATURES
[1] Simple yet cute and colorful graphics
[2] Exciting and challenging tower defense gameplay
[3] Upgradeable castle, facilities and warriors
[4] Warriors attack automatically as you deploy them
[5] Available magic attack spells to purchase and use against the enemy units for greater damage
[6] Unlock more challenging stages as you progress in the game
Save the Nano Kingdoms! Be a hero and join King Henry's allies! 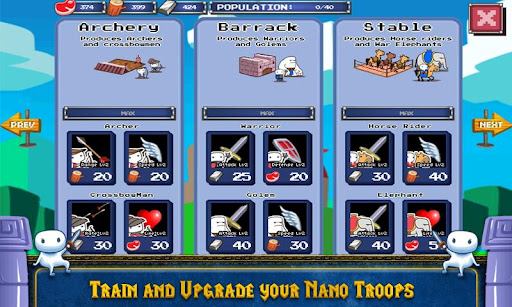 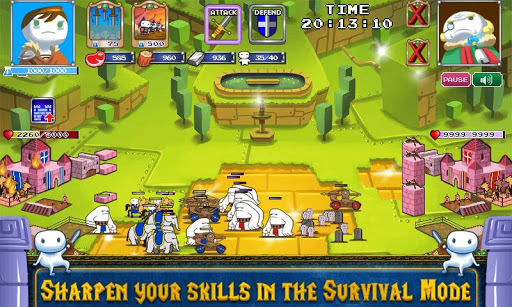 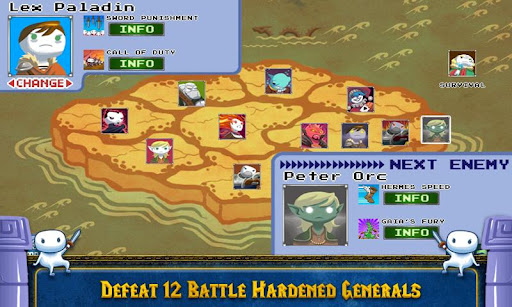 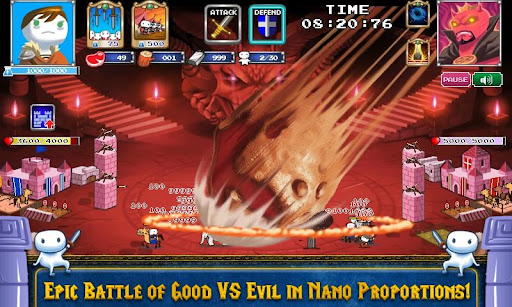