★ Combat Flight Simulator game of the battle of Midway in the pacific during the WW2 ★
Choose up to 5 planes to engage your enemies:
- P-51 Mustang
- P-47 Warhawk
- P-40 Supermarine
- Spitfire
- F4U Corsair
You can choose americans and british aircrafts.
The Battle of Midway was the most important naval battle of the Pacific Campaign of World War II.Only six months after Japan's attack on Pearl Harbor, and one month after the Battle of the Coral Sea, the United States Navy decisively defeated an Imperial Japanese Navy attack against Midway Atoll, inflicting irreparable damage on the Japanese fleet. This was definitely the most stunning and decisive blow in the history of naval warfare. 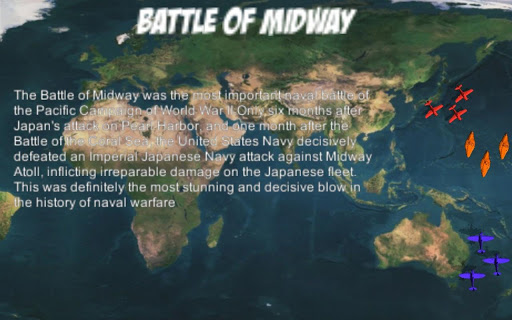 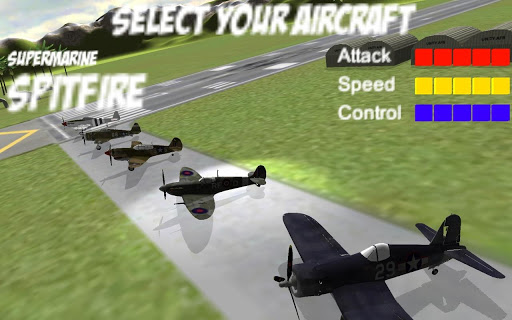 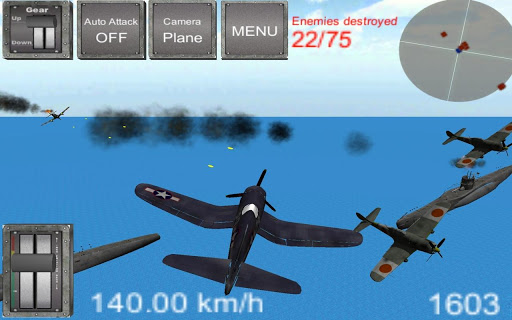 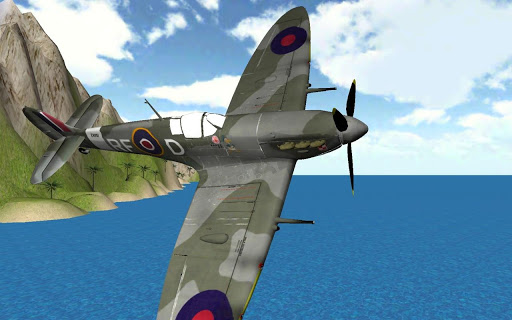