Ninja Saga l Version:1.1.7 | Size:17.96MB
Developers: Emagist | Language:English
The wait is over! One of the most popular ninja-themed social games is now available on Android!
Since its online debut in 2009, this top reviewed social RPG with its dazzling graphics and sensational gameplay had been enticing the hidden ninjas in the hearts of over 35 million players worldwide.
Join the battle now and become the greatest ninja of them all!
Features:
- Customize your ninja with weapons, outfits and even Ninjutsu!
- Tons of missions that keep you busy for hours!
- Team up with three ninja
- Five Ninjutsu elements of your choice
- Build a unique team of ninja
- Achievements
- Regular updates
Future Update:
- Player vs. Player Battle
- Genin Exam
- Level 21-60 Contents
- Exclusive story missions
- Upgrade your favorite Weapon and Skill
- Clan Battle
- And MUCH MORE!
Story
The world of the Shinobi is now at the brink of chaos and destruction after a siege by a mysterious evil force. At these desperate times, a hero must rise to embark on a treacherous journey to defeat the evil forces and protect the world from oblivion. Born from the ashes of the last Great War, a young ninjas looks out to this chaotic world with one ambition…to become the Ninja of all ninjas and restore peace to this world. 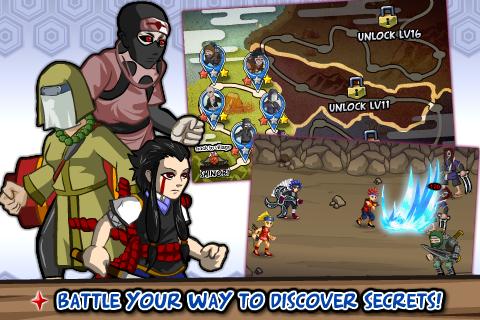 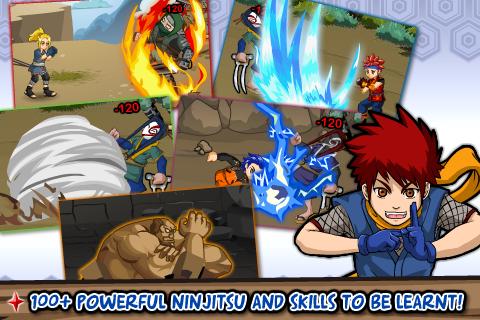