Group vkontakte: http://vk.com/rifthunter
Dating Game: http://rh.koramgame.com
Group Facebook: https://www.facebook.com/RiftHunterRU
Forum: http://ru.mobile.koramgame.com/
-This is an interesting and free MMORPG dimensional style all your favorite arcade games - fighting games on the NES (NES) and SEGA! Remember the former!
-This is a tough fighter with a fascinating free2play PvE and PvP arenas!
-Test your skill in fighting game - MMORPG!
-Unlimited, infinite combos! Kick some 1000 shocks!
【Contents】
The game Rift Hunter looks prettier as a guest from the 90s of the last century, it is a strong fighter with a fascinating free2play PvE and PvP arenas! This is an interesting and free two-dimensional MMORPG in the style of classic arcade and all your favorite arcade games - fighting games on the NES (NES) and SEGA! Rift Hunter is anime graphics with easy gameplay in the genre of fighting game, and it all online! This is a game with all the elements of a classic MMORPG: fierce battles with PVP, PVE, and with the chance to become king-fighting arena, play with defying battles and unlimited combo, the game is traced with great levels, characters, weapons, items. KORAMGAME team hopes that you will appreciate the Rift Hunter, and the game will take a worthy place in your personal ranking of the most popular games!
【】 To control the game
- Control of the game is quite simple.
- The upper left corner: the information about the character, as well as the weekly events.
- The upper right corner: game events, deals, contests, home shopping, chat, etc.
- The lower-left corner: the arrow keys.
- The lower right corner: during the battle, key abilities outside of battle-function key, including setting abilities, backpack, guild ability, friends, team, etc.
The plot 【】
Rift hunter events unfolding on the distant continent Adala. Originally, it was a beautiful, calm, boundless continent and paradise in the universe. Friendly people Adalat always enjoyed the peace and prosperity of his life was calm and serene. But happiness is not durable: the life of the people of Adal suddenly changed.
In the year 893 of the creation of strong tribe of evil elf planned a new race (Plan of Creation). This plan laid the foundation for strong and beautiful life in the world. To prevent the deterioration of the situation, the team Adal became a special fighting unit, torn to shreds tribal land of elves. The war for justice spread throughout the world, countless elves with sighing were killed. The Union army Adalat won. They burned down everything that once belonged to the tribe of elves, and drove the surviving elves. But suddenly inadvertently opened a mysterious space-time rift. This fracture began to appear non-stop evil demons, destruction and murder for which it was fun. On the continent, Adalah panic ... Following the formation of the space-time rifts in the forest surrounding it, and gradually began anomalies. Scary ruthless demons began to appear on the continent. Unfortunately, the Union army, which received a short break, had to enter into an even more brutal war. Monsters have appeared over time became even stronger: a daemon on a high level required the lives of many soldiers. In the end, through discussions, it was decided to combine forces of the best representatives of different races and a special high-level hunting party. The elite of this group was called the Hunters fault (Rift Hunters) and from that moment began their hunt! This started a big hunt - the game Rift Hunter! 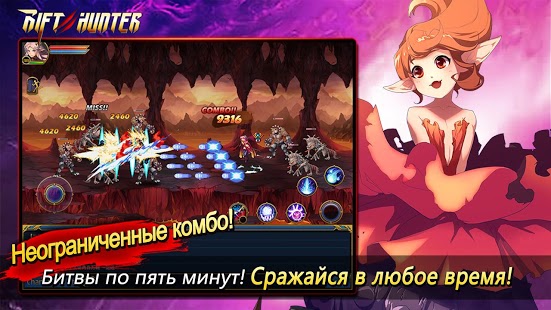 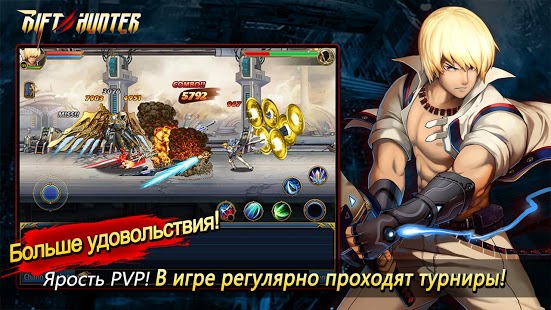 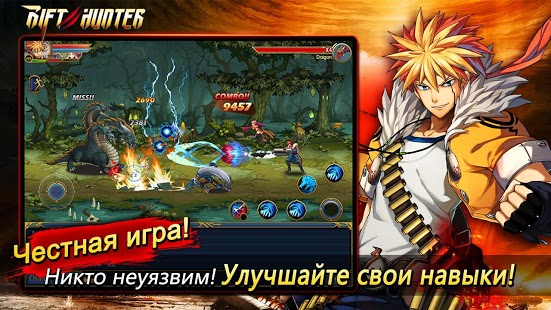