Be careful! After downloading “MAFIA vs. POLICE” you may:
- forget to go to work
- forget to pick up your kids from kindergarten
- forget to take your exams
- and even forget to put on your pants before leaving the bathroom
“MAFIA vs. POLICE” is an enthralling puzzle game where you decide whether to evolve the Mafia or develop the Police's authority. Become the Godfather or the Attorney General or maybe even somebody higher! Plan your every move carefully; who wins and who ends up ruling the town depends on it.
Where there's big money, there are always those who want it. The criminal world always wants to control all the money and the Police constantly opposes it. Who will win, the Mafia or the Police? It all depends on you.
Thugs unite into gangs and launder their dirty money through bars and casinos. The police and the FBI oppose them and send them to prison. But real business is decided at the very top, between the Clan Leaders and Godfathers, between the Police Chiefs and Ministers! Support the unity of the Mafia or help expand the influence of the Police.
Be careful not to lose control of the situation!
Game features:
-Real structure in the Mafia clans and Police
-Catchy characters
-Unique game mechanics
-A beautiful and comfortable interface
-Simple and understandable gameplay
-10 in-game themes
-Sound and music to make your hair stand on end
All you need to play the game is a finger and a sharp mind! Unite characters in groups of three to get new heroes. Receive monetary rewards for good moves and buy missing figures. The harder it is to get this or that figure, the bigger a bonus you get for it.
You can kill a little spare time or you can immerse yourself in the game for hours or days, trying to discover who stands behind the Godfather or the President.
Even if you don't like mobster, crime, cop, gang, godfather, mob, mobs, gangster, town, match3, triple, three or combo, you'll still have fun! :) 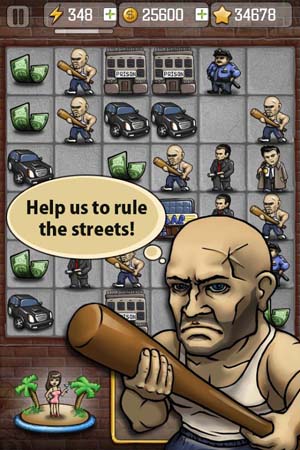 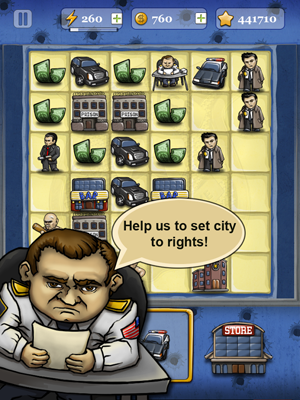 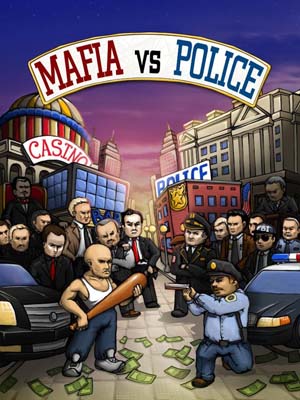