Play the most addictive puzzle game in 3D interface and compare your high score with other players on Google Play Games.
To move the blocks simply swipe up, down, left or right and use the red arrows on screen to move the blocks forward or backward.
The object of "2048 Cube 3D" is to move the blocks in such a way that same numbered blocks collide forming a new block that is twice as much as the originals until the number 2048 is reached.
For every collision you receive the number of points of the newly created block. After each move is made a new block number 0 or 2 will be randomly assigned to an empty node. If after making a move all blocks are filled and no new moves are possible, the game ends.
"2048 Cube 3D" is based upon the original 2048 game designed by Gabriele Cirulli.
Version for iOS devices:
https://itunes.apple.com/app/id892222886?ls=1&mt=8 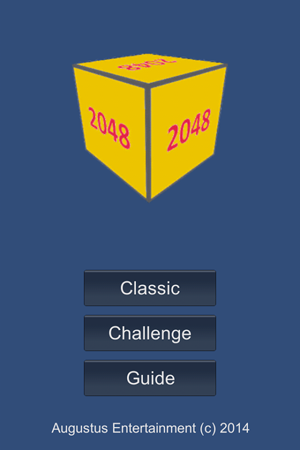 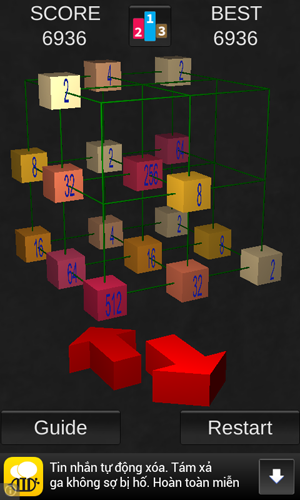