“I dove it” – Pocket Gamer
“They told me I could be whatever I want, so I became a flying hobo” – Cactus Wolf
“Let’s you crash into walls. Best game ever 10 out of 10!” – BD013
“Brings back nostalgia from the Game Boy era! 5 stars!” – TinyCastleGuy
Trapped in a VR world powered by an ancient handheld device, you are forced to endlessly dream in a pixel world of just 4 colours! Doves have taken roost in your prison and though you don’t know it they are the key to your survival. The Doves subconsciously inspire dreams of flight, so take to the skies through the mazes of your imagination and find the exit.
Intuitive two button gameplay is all you need to steer your way through the sky. Fly through each stage and reach the exit. Get doves to follow you for extra bonus bragging rights on Google Play leader boards and Social Networking stuff. If walls aren't enough challenge you may enjoy the variety of traps that get rapidly added including, moving walls, speed boost zones, growing walls and more!
By the team that brought you the award winning mobile hit Icebreaker: A Viking Voyage.
Features:
• Expanded from the hit #Nitromejam game!
• 3 level packs each with a different dream theme! (Sweet Dreams, Deep Sleep & Nightmare).
• A unique world realised in 4 Colours! (Great for that Game boy nostalgia fix)
• Don’t worry parents this game contains no In app purchases!
• Stunning Pixel Art from the award winning Nitrome studio!
• Simple two button gameplay, perfect for a touch screen!
• Several achievements for you to master.
Important Message for Parents
This game may include:
- Direct links to social networking websites that are intended for an audience over the age of 13.
- Direct links to the internet that can take players away from the game with the potential to browse any web page.
- Cross promotion of Nitrome products. 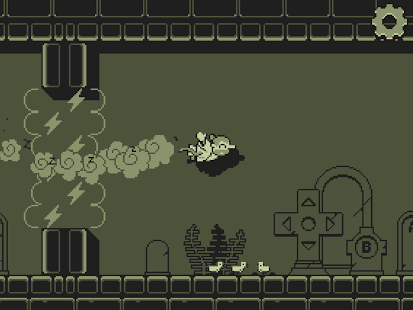 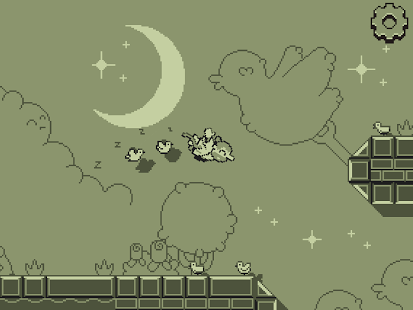 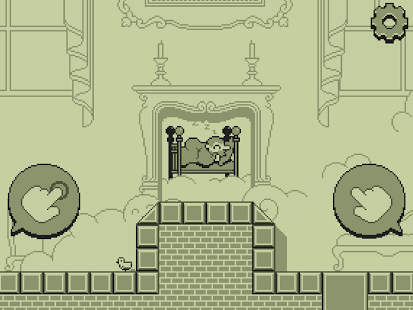