Get into three popular scary lands to catch the monsters!!
Get into the scary lands of Transilvanya, Loch Ness and the popular Amytiville to catch the monsters that are scattered in various levels and put them in their proper jail, a cage made ​​of bones!
You are the most skilled Hunter of monsters in the world, which has been called by the people to clean the areas that were occupied by creatures of all sorts, you're the only one who can make it!
bounce on the bones in this drag&shoot game, throw yourself against the monsters and hit them to instantly send them in jail once and for all!
**THREE POPULAR LANDS, LOTS OF LEVELS**
• Transilvanya, Loch Ness ed Amityville.
• 15 different levels for each Land.
**AN ITEMS STORE JUST FOR YOU**
• Get coins as much as you can while playing the levels and enter the Items Store where you can buy bonuses that can be useful for your Hunter and several clothes to customize your character!
• If you’re running short of money and you cannot finish a level, you can always play it or another one over and over to earn more coins and finally be able to purchase items in the Items Store.
**USEFUL HINTS**
• Sometimes you’ll see some hints appearing on the top of the screen. Touch them to close them, and if you don’t want to see them at all you can disable them on the main menu.
**TOUGH BOSSES FOR EACH WORLD**
• Get to the end of the 15 levels of each Land and fight against the Bosses that will run here and there to avoid your attacks!
• Boss levels have a limited time, so work hard to catch them within the countdown’s end! 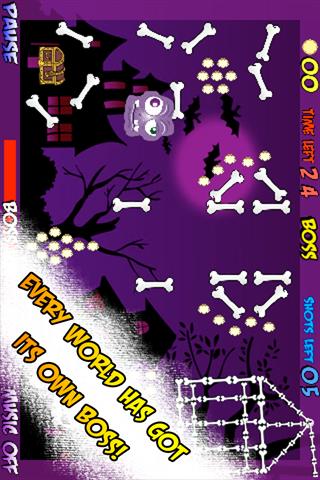 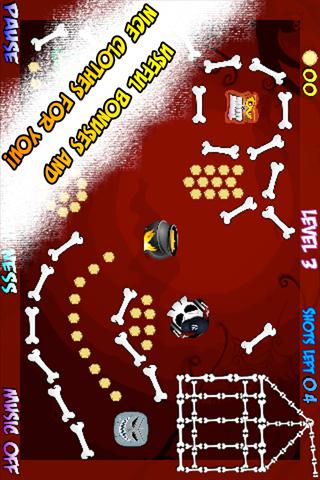 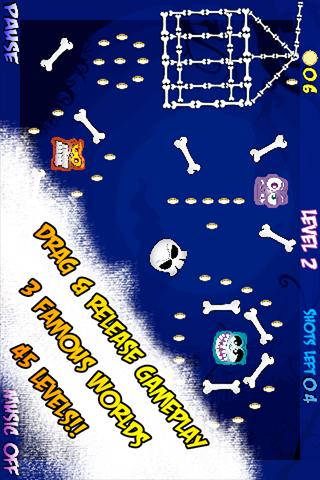