Collect your units, create your army, deploy your legions and work your strategy to battle the opponents pieces and capture their castle! Armies of Zatikon combines trading card collectibility, dynamics and variety to Chess board strategy! Rush your enemy with speedy Rangers combined with the all-powerful Dragon and steadfast Pikemen, or slowly advance with the mighty Necromancer and the Zombies and Skeleton Warriors he conjures! Back him up with any number of units from Angels, Soldiers, Knights and Martyrs to Demons, Barbarians, Fire Archers, and Heretics!
With over 100 unique pieces, no game is ever the same, whether in single player against the AI computer, online 2 vs 2, online player vs player constructed, or even in joining a friend to play together vs the computer! Use powerful "relic" cards/pieces to add abilities to your units, to your teammates pieces, or even to trade control of pieces with them! Random mode let's you play with pieces you haven't yet collected, against the computer, against a friend, or with them! With so many play modes, Armies of Zatikon always has a new fun strategy awaiting you. Check out these amazing features:
- Free to Play!
- Single player mode vs the Computer AI- win gold!
- Online player vs player: Multiplayer matchmaking
- Online 2 player vs 2 player: Join a friend and form a double sized army to take on another 2 player team!
- Online Cooperative Mode: Join a friend to combine armies and play against the Computer AI together.
- Random Mode Play: Player vs Player (PVP) with random generated armies, single player vs the computer, or with a friend vs the computer.
- General Chat as Well as In-Game Chat
- "Retro" style art and animations
- "Turn-based Strategy" combining trading card game dynamics with the 3 phases of Chess: Opening, Mid -game, End game- Capture the Castle!
- Easy to learn, hard to master! Unlimited strategies and tactics!
- Collect and Create your own armies: Carefully choose your pieces for your custom strategy, and save it. Up to 10 armies can be saved at a time!
- The first game play based on Magic the Gathering (MTG) combined with Chess!
- Over 100 unique units in categories like Dark Mages, Light Mages, Siege, Nature, Soldiers, Commanders, Archers, Clergy, Cultists, Horsemen, and Wyrms!
- Based on a historical medieval period, Armies of Zatikon is a fantasy game unlike any other, with a feel of the forces of good and evil clashing in battle!!
- Earn free units as you win matches and progress against the computer or online foes. Sell units back and save towards others like the Dracolich or Dragon!!!
What people are saying about Zatikon:
"Extremely fun....pretty much an endless combination of ways to both compose your armies as well as using them in the game." - Game Tunnel
"Zatikon is a highly replayable and addictive game that rewards thoughtful play." - Steve Blanch - Bytten
"An excellent mixture of elements of turn-based strategy and Chess." - Baixaki (Portuguese)
"A superb turn-based strategy title...tons of extremely creative characters with interesting special abilities." - Jay Is Games
"If you like strategy/war type games you should check out Zatikon" - "Casual gamer chick"
Originally created by Chronic Logic Games in 2001 and now brought to mobile by Triceratapps Publishing 13 years later, "Armies of Zatikon", originally just "Zatikon", was built when Magic the Gathering collectible trading card game was at its height. Using retro style graphics and turn-based gameplay formed on the 3 chess game phases: "The opening, The Middle Game, and "The End Game", Zatikon was a PC and Mac MMO hit for Chess players, Magic fans, Trading Card Game (TCG) and Collectible Card Game (CCG) players, and even Role Playing Game (RPG) fans alike! Where Strategy meets Fantasy, and Chess meets Cards is where Armies of Zatikon meets Mobile! 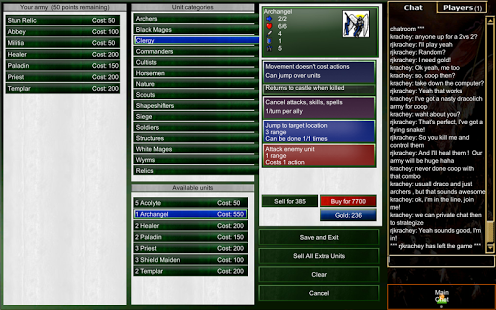 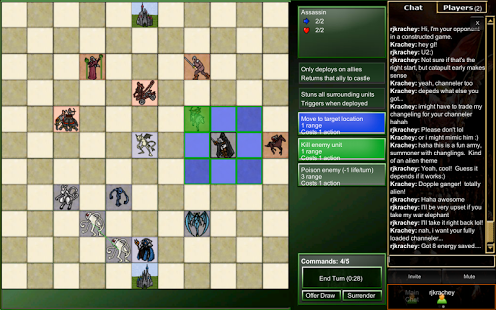 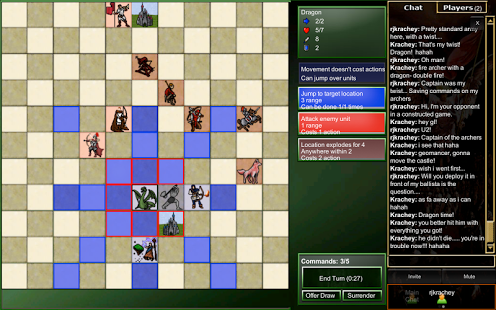