Lite version.
Cultech company brings you a lite version of innovative game, which will allow you to create and take care of unique sorts of bacteria. You can use many different settings to change color, size of bacteria or even elements for easier operations in the "menu". Vitalion evolution is one of few games which allows output of the game itself as live wallpaper.
Take care of the bacteria, feed them different sorts of food, evolve new species and try to keep them alive from enemies. Upgrade your equipment for faster growth of bacteria, which is important for their evolution. This game also offers you an option to evolve bacteria which are profitable for selling, or bacteria which thanks to their abilities generate money.
The attraction of this game is filled by evolution tree of bacteria, which will be, based on gained XP gradually unlocked and will offer a new and more interesting and immune type of bacteria. Miscellaneous animations and interesting displaying will create great experience of the game.
If you´ll want to have your bacteria always under control, you can even set your game as wallpaper. What is great is that our wallpaper despite the active environment and functions does not discharge the battery more than any other live wallpapers.
Evolve specific types of bacteria, raise their amount on your telephone screen or tablet and share the game with your friends on social sites (facebook, twitter,...) 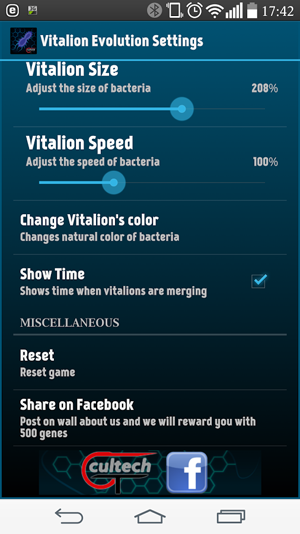 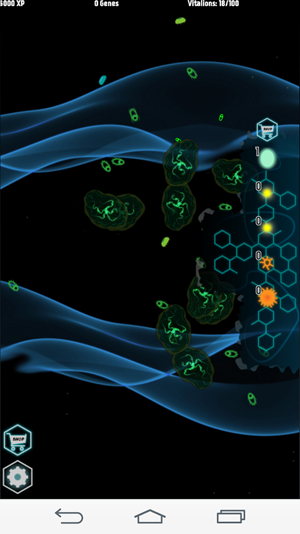 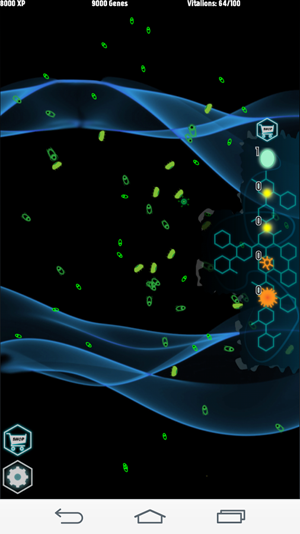 Tags for this game: Cultech