Remember the retro-Arcade platformer games where you had to play the same level over and over because at a point you just couldn't advance? Those games infused a combination of frustration and addiction that hooked you to play into perfection. This is exactly the feeling you'll get with Mighty Pixel Boy, a hardcore 2D platformer Arcade game with a frustratingly addictive gameplay.
The goal is to help Pixel Boy escape the dreadful Temple of Ikov where he's been held a prisoner for a long time. Escape from one room to another and embark on a thrilling Arcade adventure as you play over 30 different levels, one more difficult than the other. Use your wits to beat the levels and escape this horrid place. This is not for casual gaming, as the game challenges you to keep trying until you get it right.
Main Features:
✓ Hardcore platformer gameplay In each level, you must find and go to the exit door while avoiding all sorts of deadly contraptions (i.e. lava, spikes, moving obstacles). Pixel Boy has a superpower that makes it even more interesting, he can invert the gravitational field thus one second he's running on the floor while in the other he can walk on the ceiling. While this superpower is fun, it forces you to use your wit to advance as you'll need to calculate when and how to jump over to the next point. Its gameplay makes this a perfect fit for hardcore gamers and retro-nostalgics.
✓ Unique gravity mechanics Controlling Pixel Boy is dead easy, with one finger you move him forward/backwards while with the other you tap to reverse gravity. The mechanics for inverting gravity give Mighty Pixel Boy a unique touch while keeping you on the edge of your seat as you try to figure out how and when to use it. This is an Arcade game that forces you to think fast and react even faster.
✓ Pixel-perfect visual style Enjoy a thrilling visual style with pixel-perfect design and a retro-Arcade touch. Mighty Pixel Boy will surely bring out the child in you, the one that grew up with the classics that everyone remembers. Not only are the characters and backgrounds pixel-perfect, but you'll experience amazing visual effects in dynamic scenes. When your character dies (will do that a lot!), whenever it uses the gravitational superpower to jump, when it lands/jumps from moving elements and so on.
✓ Multiple epic levels The game spans over 2 different worlds, the Light world and Dark one. In total, you'll have to advance through 30 different levels to finish this 2D platformer game. Each new level has its own dynamic and different setting, while it also increases exponentially in difficulty. The more you advance, the tougher it gets to the point where you'll experience its true hardcore gameplay. Mighty Pixel Boy is the platformer game for those willing to go the extra mile for their goal.
✓ Global leaderboard & achievements Not only you'll have to survive each level until you reach the exit goal, but you'll also have to compete against yourself in collecting stars. Replay each level to collect all the stars and be on top of the worldwide leaderboards. Once connected via Google Play Services you'll be able to compete against friends in your social circle (or other players) to see who's the better player.
✓ Uplifting soundtrack Mighty Pixel Boy comes with an uplifting soundtrack that helps you keep on going during the tougher levels. The soundtrack makes a perfect fit with the retro-Arcade visual style to re-create old time Arcade gaming feelings.
Mighty Pixel Boy is a true test for hardcore gamers and you can play it for free. To stay updated and receive news of what's coming you can follow our social channels:
▶ Facebook: https://www.facebook.com/MightyPixelBoy/
▶ Twitter: https://twitter.com/MightyPixelBoy 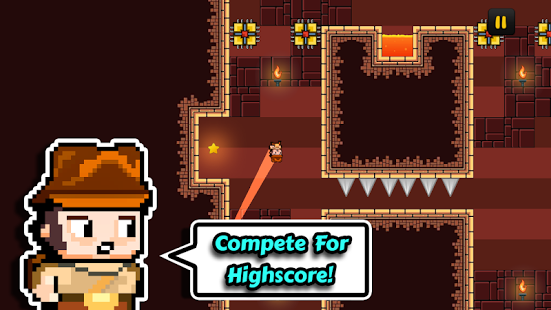 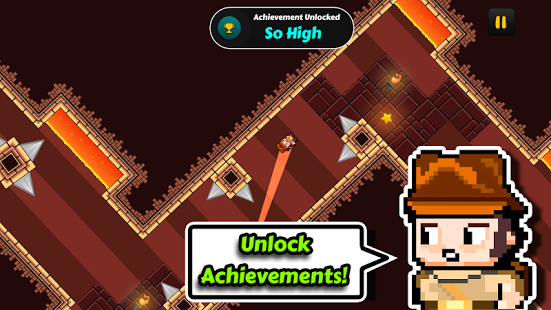 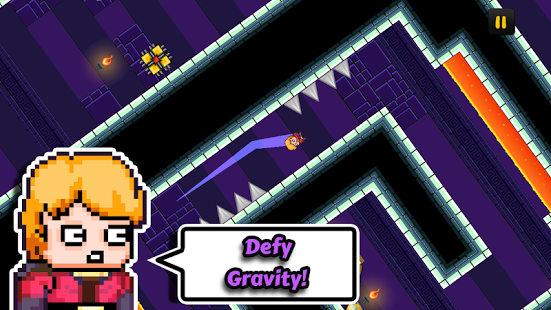 Tags for this game: OneGeekJob