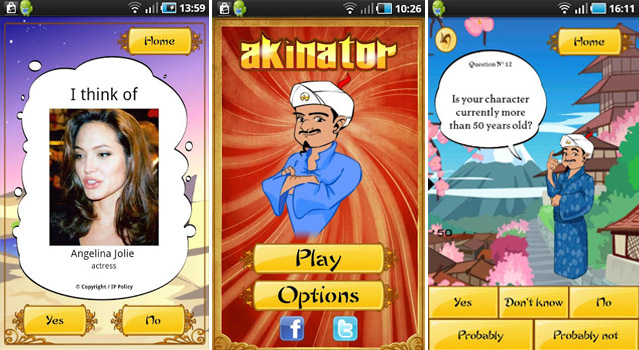 Akinator... the Genie is back!
Akinator can read your mind and tell you what character you are thinking about, just by asking a few questions. Think of a real or fictional character and Akinator will try to guess who it is. Will you dare challenge the Genie?
Customize people you know (name and picture) to impress your friends, share your results on Facebook, discover the new Akinometer... and much more in the updates to come. Turn on the child filter to let your children play safely.
NEW: Available in Korean, Italian and Chinese! Version also adapted for your tablet.
NEW: Available in Arabic (only from Android OS 4.0)
Become Akinator's fan on Facebook: http://www.facebook.com/Akinator
Follow Akinator on Twitter: http://twitter.com/akinator_team
Please note:
-IMPORTANT! Akinator changed publisher and is now back with its original creator.
-Akinator requires an Internet connection to use his magic lamp. Turn on Wifi or be sure to have a data plan (3G).
- Available in several languages (French, English, Spanish, Portuguese, German, Japanese, Russian, Italian, Turkish, Simplified Chinese and Korean).
-To select your language, don't forget to scroll down the list to find it. 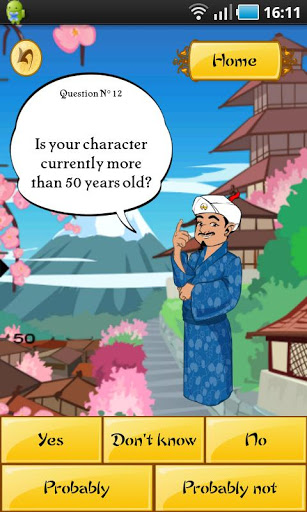 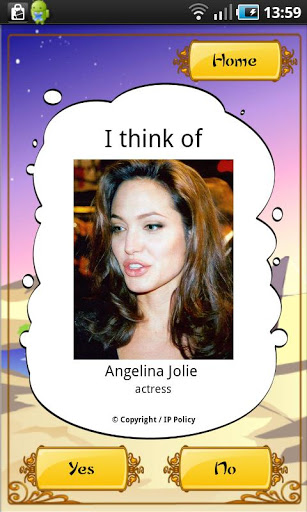 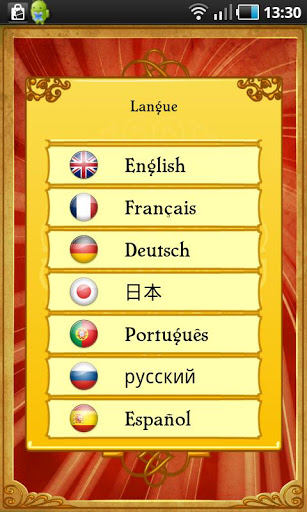 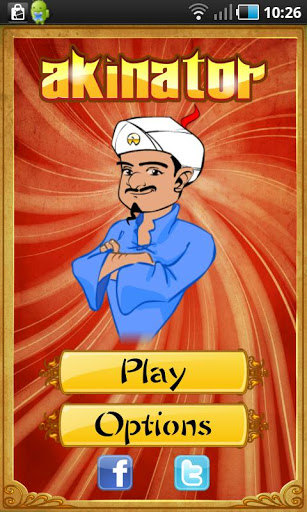