Forget about lines, now it's time for Gravity and Blocks
Graviton Block isn't a tetrinomino. If you think you master puzzle-games, get ready for a challenge. Arrange the pieces to form blocks of 3x3 and keep the particle generator working. Remember, you can't rotate the pieces and becarefull: some pieces will be atract or repell others. Fight against the particle generator and keep the grid clean, the more efficient you become the more points you win.
It's as simple as drag & drop...
Mechanics and Basic Manual
- Drag & Drop a piece. The lasser guides will show where the piece will drop. But remember, if your piece falls on a positive or negative gravimetric area, it will be push or atracted.
- Your target it's simple, arrange the pieces in blocks of 3x3.
- On the upper part of the screen you have a 'pulse-o-metter' (show's time). After a pulse ends a new particle will apear on a capsule.
- If you don't want to wait, press on the empty capsules to get a new piece. But beware, if at the end of the pulse all the capsules are full, the alarm will activate. If the alarm it's running after the pulse ends, the generator will contention matter that will push your pieces up bellow.
- Make chain reactions by doing blocks of 3x3 after every pulse, by doing so your score will get score multipliers. Try to get the maximum!
- The pieces will keep getting harder and harder to short as the levels go up. You will have to keep focus to get to the higher levels.
- If one particle touch the pieces launch area, then it's a game over...
Kind of particles
- Blue - Positive. Atracs Vulverable particles.
- Crimson - Negative. Repels Vulverable particles.
- Green - Zero Matter. Inmune to positive and negative gravimetric areas.
- White - Vulverable particles. Will be affected by the Positive and Negative areas.
Big Chain Reactions!
- Mix Positive, Negative and Zero Matter to make big chain reactions to keep the grid clean.
- With three or more special particles the reaction will go higher in streght.
Game Modes
Easy
Positive and Negative particles only affect the lower side of the pieces.
The initial pieces will be easy to arrange.
Alpha
Positive and Negative particles affect the full piece.
The complexity of the pieces it's higher.
Faster pulses (less time between drops)
Omega
Pieces have a higher mass and they are able to escape some of the positive or negative particles.
Pieces are affected according to it's height. A piece of 3 will be atracted or repelled 3 spaces.
At this mode the complexity of the pieces it's higher.
On Omega you will have to think before acting, but it won't be easy because the time between pulses it's lower. A challenge that will test your speed and strategic skills. 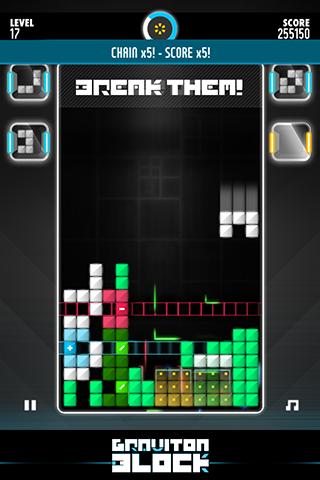 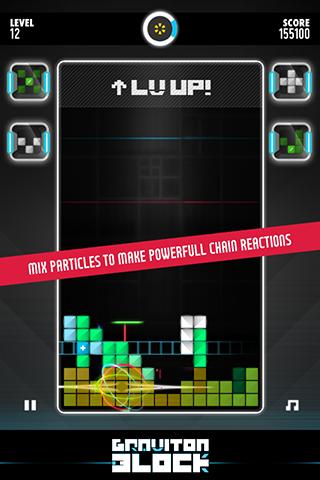 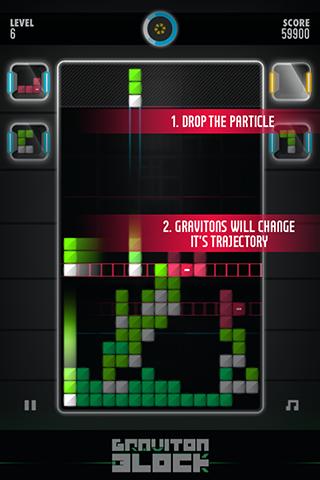 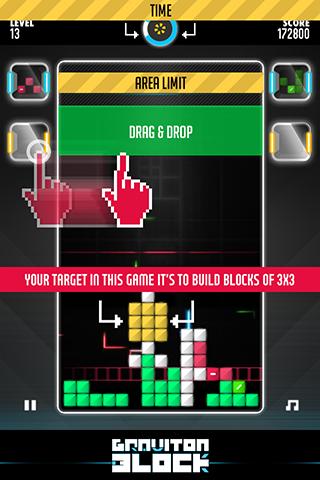 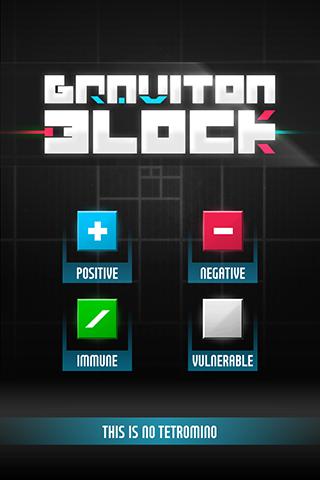