"Microchip Monsters is an engaging piece of genre-bending fun." - savegameonline.com
"Microchip Monsters has a striking minimalist visual style... pretty hardcore stuff!" - IndieGames.com
"Have to say it's wicked fun, give it a chance." - neogaf
NEW: NOW HAS 60 STAGES INCLUDING FINAL BOSS FIGHT!
What do you get when you combine Breakout, Space Invaders and Bomberman with a funky electronic soundtrack? Answer: Microchip Monsters!
Microchip Monsters is a unique game with a futuristic vibe. Part arcade, part puzzler, part casual. Viral invaders have taken over the Bots' microchips and destroyed them. But the last Bot has come back as a ghost looking for revenge. Help him launch torpedoes and lay mines to destroy the virus infestation.
Inspired by the classic Bit Generations games for the Gameboy Advance, Microchip Monsters is a nod to those addictive retro games. Gameplay has some Peggle-like elements, or freaky-futuristic pinball, minimalist presentation like pewpew or tron - but you'll have to try the game to see how it plays!
Includes pre-designed levels and a special "Rogue" mode with procedurally (randomly) generated levels for nearly infinite replay value.
Note to other indie Android developers: this is the third Android game I've made using my port of libmodplug to Android (AndModPlug) to play MOD/XM tracker music. It's free and it's pretty cool. Check out the website to learn more.
Special thanks to tracker artist Mr.Lou for permission to use his song "Electric Memories" in the game!

More info about the controls:
FIRST DIRECTION TOUCH
Touch the screen the first time to set the direction of the probe (Photon Torpedo!). It will launch from the little green robot up toward the touch point. But very quickly it will start bouncing off silicon walls, bending around black holes & being sucked into worm holes.
MINE LAYING TOUCHES
Tap ANYWHERE ON THE SCREEN after that (up to 5 times) and the probe will lay mines that explode after one second. Use timing, great aim and your eye for geometry to make the probe fly where you want, drop a mine and blow up the pesky enemy!
Notes:
"Part Arkanoid, part Bomberman, part Sonic Spinball, the game is a mashup of styles and genres" - savegameonline.com
People say my game Voyage to Farland is too hard. They want a more casual game. Well here you go. The game is casual. Yet it's also hardcore. You can fly through the stages and hit the stage 60 boss fight quickly. But can you CLEAR all the stages and get the golden button achievement? THAT is the question, indeed! To quote Mr.Lou, "I believe games should have music". And I believe mobile games should not be 50MB or 100MB downloads. That's why Microchip Monsters uses the tracker format for music. 44kHz stereo audio, but it still fits in a 1.5MB package. You'll be bobbing your head to the music just like the GhostBot does in the game. All while you blast the virus invaders to oblivion. Totally unique, Android exclusive, indie gaming goodness. 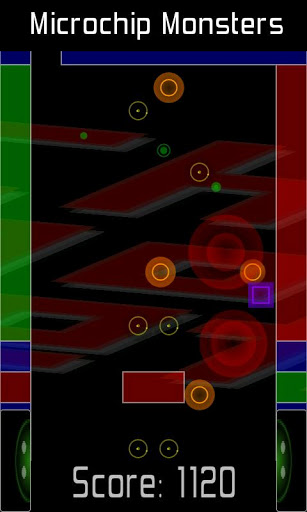 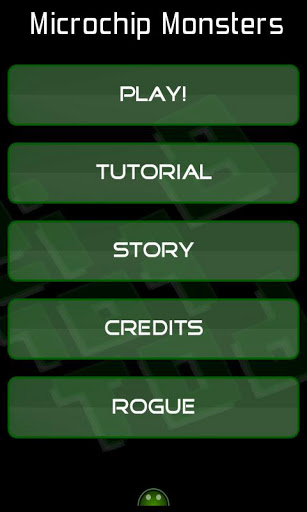 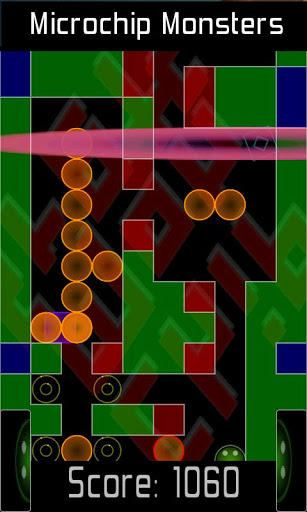