Nostalgia overload! Fighting Fantasy returns with Ian Livingstone's classic, The Forest of Doom.
Take part in one of the classic gamebook experiences that introduced a whole generation to fantasy role-playing games! Computer gaming was in its infancy and it was the early days of tabletop RPGs when The Forest of Doom exploded into bookshops in the early 80s, proudly displaying Iain McCaig's iconic cover.
You can relive the adventures in Darkwood Forest on your Android phone or tablet, lovingly updated for digital devices. Presented in full colour with realistic physics-based dice rolling for battles, auto-mapping, an auto-updated adventure sheet and stat keeping.
Writer, Ian Livingstone, was one of the co-founders of Games Workshop and has continued to have a distinguished career in both tabletop gaming and video games. He is currently the Life President of Eidos, recently overseeing the release of the latest Tomb Raider game.
Cover artist, Iain McCaig, has an extensive print and film portfolio, and is probably best known for designing Padmé Amidala and Darth Maul for The Phantom Menace!

** FEATURES **
• Make the gamebook as easy or hard as you like and even turn on a special cheat mode to read it old-school!
• Atmospheric new visuals which can be turned off to make the gamebook look like it came off the printing press in the 80s!
• NEW Auto-mapping! Never get lost in Darkwood Forest.
• Iain McCaig's famous cover animated and brought to life.
• Malcolm Barter's classic illustrations colorised for the app, making full use of the high-resolution retina displays.
• Fantastic new cover artwork to unlock!
• Achievements to find throughout the gamebook.
The Forest of Doom has been brought to Android using Tin Man Games’ critically acclaimed Gamebook Adventures Engine featuring:
• Read the book horizontally or vertically on your tablet.
• An automated Adventure Sheet to keep track of stats and inventory.
• Realistic physics based dice rolling. Shake your device!
• Artwork gallery. Find an illustration in the gamebook and be able to access it full-screen forever.
• Bookmarking system which saves your position in the gamebook, much like putting your fingers between the pages to remember your previous page when reading the paperback!
• Specially composed soundtrack and sound effects.
Tin Man Games have signed a licensing deal to release the Fighting Fantasy series on Android, so expect to see more of your favourite adventure gamebooks appearing soon!
Coming Soon... The Warlock of Firetop Mountain, Deathtrap Dungeon, City of Thieves, Citadel of Chaos, Appointment with F.E.A.R. and more! 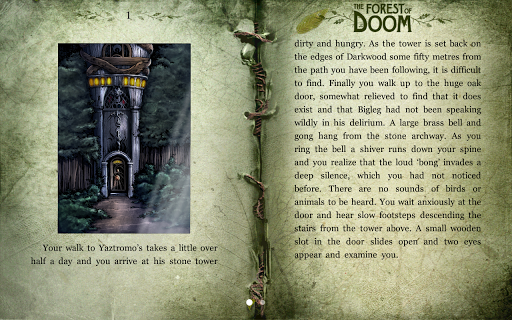 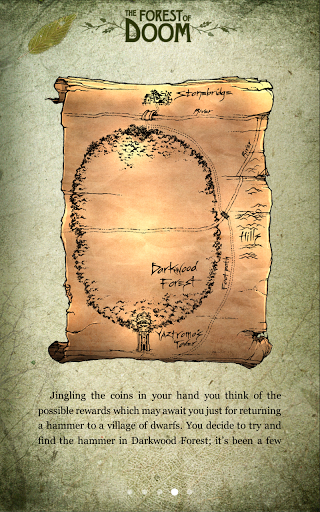 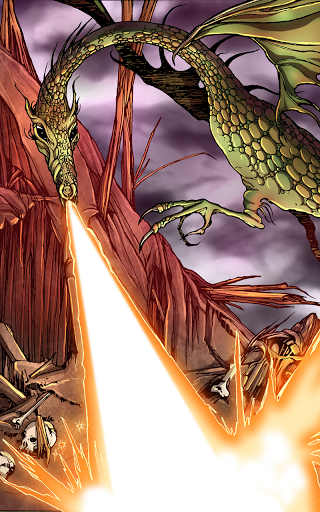 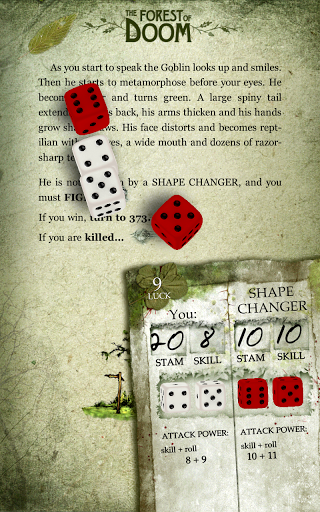 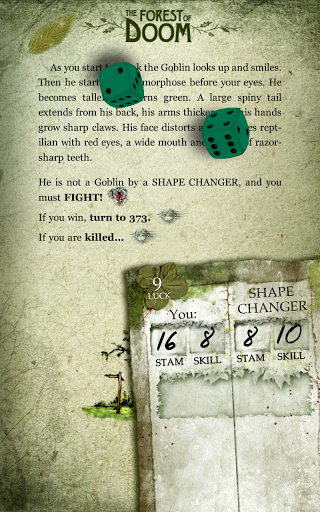 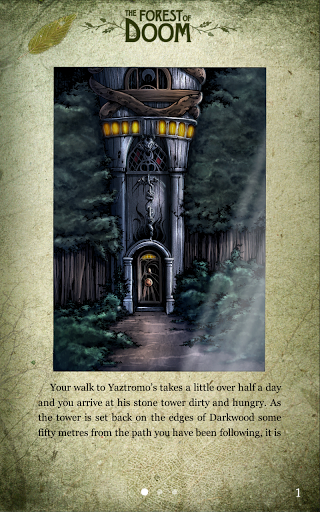