Wonderlines: match-3 puzzle l Version:1.1 | Size:11.96MB
Developers: Nevosoft Inc | Language:English
Go on a mysterious expedition to South America and play an ancient game!
Once, during an expedition to South America, a famous archaeologist found some strange hieroglyphic writings. They described rules of the sacred game, which was the main challenge for anyone who desired to become the High Priest. When he returned to Europe he gave the writings to best video game developers, and now you too can play this ancient and mysterious game!
The main principle of the game practically stayed the same, only instead of just matching several stones of a single color in a line, you need to match balls to destroy them over a selection brown tiles.
There are three game modes in this magic kingdom: action, puzzle and Zen. The game also has a lot of different power-up like crystals, bombs, dynamites, and wildcards that will help on difficult levels.
Features:
- Fun and relaxing gameplay
- Superb backgrounds
- Three game modes: puzzle, action, and Zen
- 70 levels and 6 power-ups
- Gentle calming music
This game can be challenging or relaxing means for your mind according to game which mode which you will select! Who knows, maybe someday you’ll become a High Priest.
TRY IT NOW FOR FREE, THEN UNLOCK THE FULL ADVENTURE FROM INSIDE THE GAME.
LIKE GAMES BY NEVOSOFT?
WHY NOT TRY SOME OF OUR OTHER GAMES!
Strategy, simulation & resource management:
My Kingdom for the Princess
LandGrabbers: Strategy Game
My Kingdom for the Princess 3
Hidden Object Games:
Pirate Adventures 2
Pirate Adventures
Million Dollar Adventure
Magic Academy 2: mystery tower
Dream Sleuth: hidden object
Mysteryville: detective story
Mysteryville 2: hidden crime
Magic Academy: hidden castle
Get the inside scoop on Nevosoft Games:
Join us on Facebook:http://facebook.com/Nevosoft
Follow us on Twitter: http://twitter.com/NevosoftGames
Watch us on YouTube: http://youtube.com/NevosoftCOM
Visit our site: http://android.nevosoft.com/
Taglines: match, 3, puzzle, game, luxor, gem, jewel, 4, talismans, heroes, treasures, matchem, elements 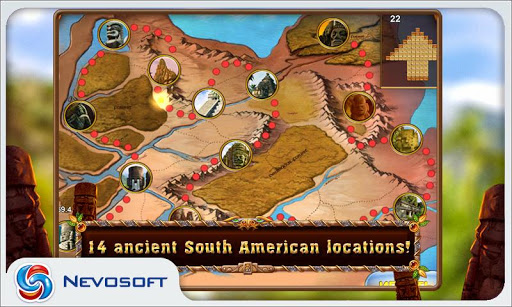 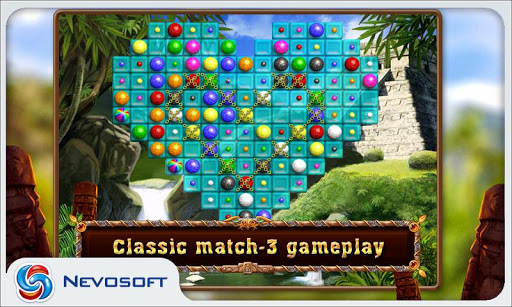