Help sweet innocent Lucy to run through the dangerous Jungle, desert, city streets and snow city! Our Lucy(a cute squirrel) has been stucked in the dangerous world full of life taking obstacles & hurdles, she's plotting her escape, and she needs YOU to guide her through the streets once she's busted out !
Run, jump, dash and slide over around tons of obstacles in this crazy new endless running game! Jungle Runner is an action-packed FREE running game. In this fast-paced android application, cute squirrel is trying to reach as far as possible while avoiding dangerous obstacles like dangerous cliffs full of water etc that will propel you through this adventure game. Game play is beautifully designed with HD graphics. This crazy squirrel jumps like a ninja and flies like a superman or any action hero.
On her way in a dangerous jungle, which is full of green trees, mountains, water etc. she collects items explosive special power-ups to increase her strength. In Run Squirrel Run cute lucy will have to run like hell just like in panda run.
Task:
Avoid obstacles, and run as far as you can and clear 4 levels.
Notice: When you run farther, the running speed will increase.
Powers and barriers:
Cliff: Falling off a cliff, life reduces.
Trap: Makes the Panda Bleed and reduces his life
Leaf & Ship: Makes Squirrel fly for some seconds
Cherries, Coins, almonds & Strawberry: Increases score
Magnet: Will attract all the coins towards squirrel.
Tornado: Will make her like tornado for some time
Game Features:
★ Stunning HD graphics and great soundtrack 3
★ 4 beautiful changeable themes: Creamy Snowland, Naughty Night City, Bushy Jungle & Treaty Desert
★ Help screen is also there to help you in case you stuck.
★ Simple and easy to play but involves a good mind and hand control exercise.
So what do you think? Your hard-core gaming skill can help squirrel escape the hurdles and save her life.
Until now, you have seen flying squirrel, squirrel gliding, squirrel run in park, angry squirrel but now make her jump and fly high.
We have developed many running games like Run Panda Run, City Street Runner, Night Runner and many more and have received awesome response and feedback from you all guys. Hope same for this squirrel running game!!
Share your score to your friends on any social networking site like Facebook, Pinterest, Twitter, g+ etc. 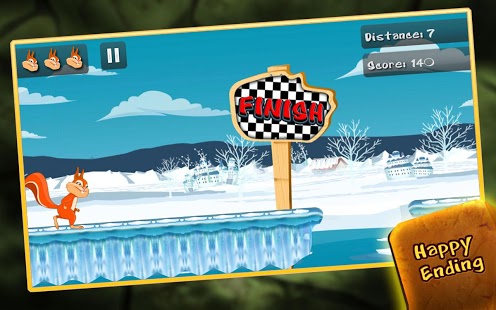 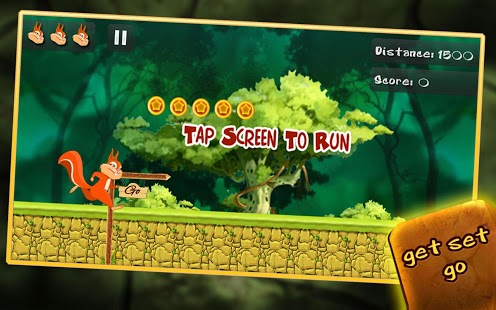 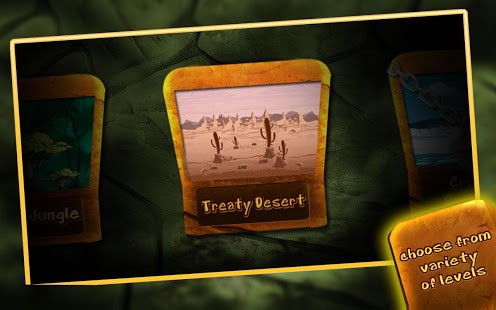