Welcome to the race of stars!
¡You're totally invited to join in a high speed tournament with the biggest characters of Cartoon Network! In Formula Cartoon All-Stars all your favorite characters run against each other in delirious tracks filled of adrenalin and action, all of this in your mobile device and besides that enjoy fabulous 3D graphics. Are you ready to consecrate in glory or bite the dust of defeat?
All your favorite characters
Runs with Ben 10, Mordecai, Finn, Gumball, Rigby, Jake, Gwen, Skips, Darwin, Kevin, Marceline, Musculoso and more than 16 characters of the most popular shows by Cartoon Network. Keep eye peeled! This squad of stars is constantly increasing and updating.
Vehicles for you
Personalize your own bolide by mixing more than 100 differing pieces to create a totally own vehicle. Every podium gives you more and more chances to upgrade your vehicle by increasing its speed, acceleration and turbo.
Hilarious action on four wheels
In Formula Cartoon not only win the fastest but the clever! Use the craziest power-ups to boost your vehicle or lock out your opponents by throwing up attacks of tomatoes, ice cubes, bubbles, bubble gum and even more!
More than 75 Tracks
Run out more than 75 circuits inspired in the most famous places in the world of Cartoon Network such as, The Park of Regular show, The Candy Kingdom of Adventure time or Elmore Junior High of The Amazing World of Gumball, distributed in tens of trophies and championships for players of each level.
Play it with one finger! 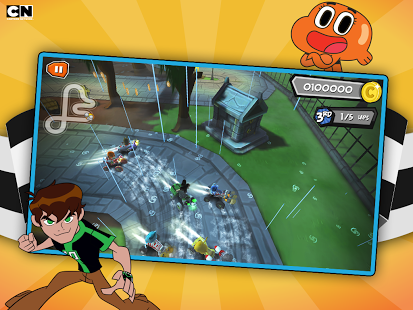 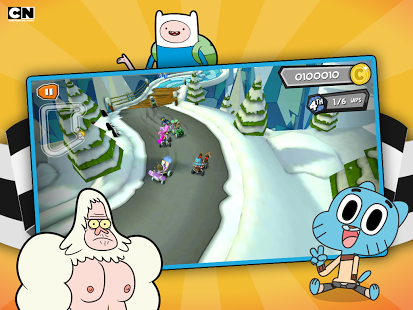 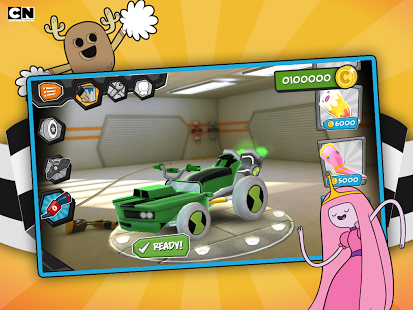