The Aliens from Azguardu Planet have launched fierce attack on the planet Earth. They are on a mission to extinct human race and you are on a mission to hunt aliens - the battle is on!
The Monstrous Aliens army has landed on their space shuttle, and you must shoot down all of them to safeguard the humanity. Alien's army has got all the desired weaponry. Alien army is residing in space shettle identified as UFO by space scientists. Head out to the space ship before aliens land on the earth.
You are assigned this top-secret mission, to counter the alien attack in space. Meet them in space and kill them in space, saving earth from possible aftereffects of battle. The alien's are current Galaxy Rulers and known as space war soldiers and space machines.
As Sniper Shooting Marksman your best strategy is to snipe the enemy one by one with clean precise shoots. Do not draw the attention of the Aliens as they will attack you. Get rid of a large number of enemies while dodging their attacks. Are you skilled enough to take down all the alien enemies on the space station? Hunt down and shoot as many invader alien as possible!
First person 3D Space shooting game
Experience the unlimited thrill of Sniping Aliens
Classic 3D action control
Realistic 3D graphics
Survive in the galaxy
The most hardcore and intensive space shooter 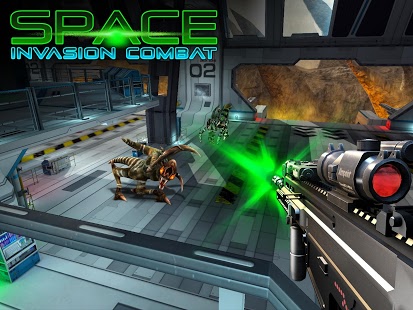 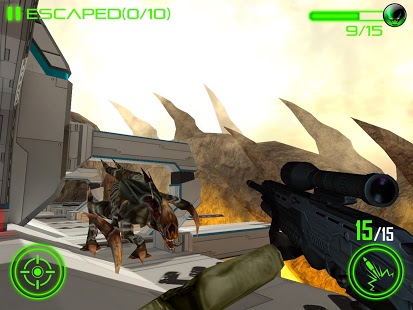