Build your army of mercenaries and battle your way across the globe in League of War: Mercenaries, the ultimate tactical war game in beautiful 3D that will put your strategy skills to the test.
Build a fighting force of extraordinary magnitude to wage war on corporations and nations. Immerse yourself in a 3D world with fast-paced combat, build your military headquarters and conquer your enemies across a lushly rendered campaign map. Take on hundreds of missions or compete with fellow Mercenaries to claim victory around the globe and enjoy the spoils of war!
Upgrade your army with futuristic tech, battle your enemies, and come out on top in this tactical war.
=LEAGUE OF WAR: MERCENARIES FEATURES=
3D GAMES - EXPERIENCE LUSH 3D CONTENT
* Military action and building games are rendered in incredible 3D
* Battle your way through stunning 3D content, from your military headquarters to intensely fast-paced combat!
WAR STRATEGY - ASSEMBLE AN EXTRAORDINARY ARMY
* Tanks, helicopters, infantry and more build up your army
* Advanced warfare tech will help you dominate your enemies and rule the planet
ONLINE MULTIPLAYER - RAID & CONQUER IN PVP GAMES
* PVP combat challenges you to earn valuable loot by defeating fellow players in head-to-head battle!
* Multiplayer games challenge your strategy with intense 2 player battles. Defend your base and battle to be the best warlord!
* Real time strategy combat challenges you to always stay one step ahead of your enemy
REAL TIME STRATEGY - OPTIMIZE UNIT FORMATION FOR DEPLOYMENT
* Tactical wars have enveloped the world. Battle for control in intense RTS combat!
* RTS games challenge you to strategically configure and prepare your squad in a variety ways to counter sophisticated enemy units!
BUILDING GAMES - EXPAND & UPGRADE MILITARY HEADQUARTERS
* Build and upgrade the ultimate military HQ with sophisticated base building tools
* Building games challenge you to level up your military fortress and unlock exciting campaigns!
UPGRADE MERCENARIES - CUSTOMIZE MILITARY UNITS
* Upgrade & equip units with a vast array of technology for specific roles to defeat your enemy!
* Build a better army, from tanks to infantry, and put a personal stamp on your mercenaries
ALLIANCE BUILDING - FORGE STRATEGIC ALLIANCES
* Online multiplayer lets you create an Alliance, and band together against enemy franchises for powerful rewards!
* Strategy and tactics will make your army the strongest
* Defense and offense alike are important - which strategy will you use to conquer the world?
Battle to conquer the world with advanced warfare tactics and a powerful army of infantry, tanks and helicopters. Combat multiplayer opponents in PVP strategy games, build the ultimate base and lead your team of mercenaries to global domination. This 3D war is unlike anything you've seen before!
Download League of War: Mercenaries and become King of the mercenaries!
Follow us on Twitter: @GREEgames
Like us on Facebook: facebook.com/GREEgames
Watch us on YouTube: youtube.com/GREEgames
Use of this application is governed by GREE's Terms of Service. In addition, please note that GREE respects your privacy and asks you to review the GREE Privacy Policy. The GREE Terms of Service and Privacy Policy can be found in the Legal section below as well as at http://product.gree.net/us/en/games 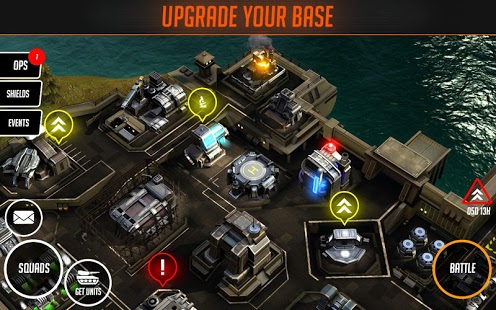 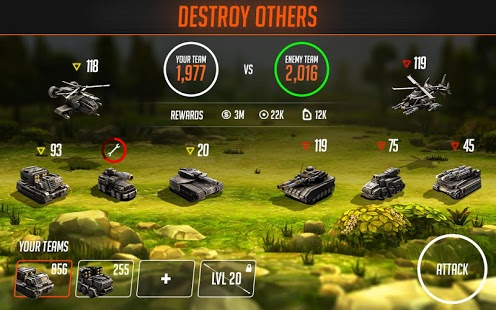 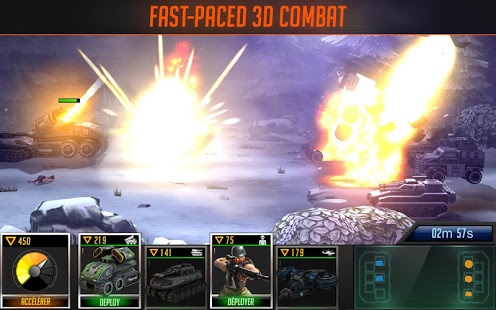