Mega-City One is overrun with zombies. Judge Dredd is here to dispense justice!
JUDGEMENT IS COMING!
You must protect Mega-City One from a zombie invasion! Arm yourself with a Lawgiver pistol and three other devastating, upgradable weapons. Fight four deadly zombie archetypes in thirty levels of game play. Choose from seven special upgrades to give you an edge over your undead foe!
Earn stars and commendations based on performance. Ensure your Law meter is kept to maximum at all times by eliminating zombies, collecting shields and avoiding damage. Watch your ammo count as you blast through waves of attacking undead. When the going gets tough, upgrade your Lawgiver or try the Spitgun, Scattergun or Hi-Ex Launcher. Immerse yourself in a future world where the extreme is the norm!
Judge Dredd vs. Zombies features:
- Simple to learn and use 'Single-Stick' controls
- Four upgradeable weapons
- Seven equipment upgrades, from Body Armor to Iron Will – each gives a different combat advantage
- Three episodes and thirty levels of game play, with high replayability
- Star and Commendation system reward skilled gameplay – are you good enough to earn a Commendation?
- 16 achievements to collect! 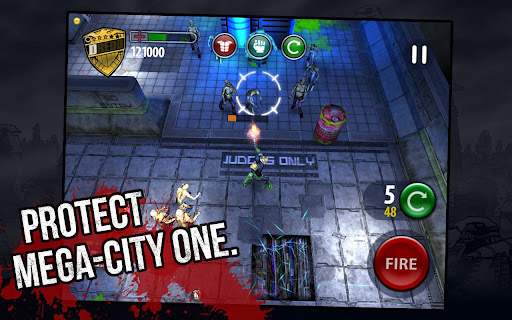 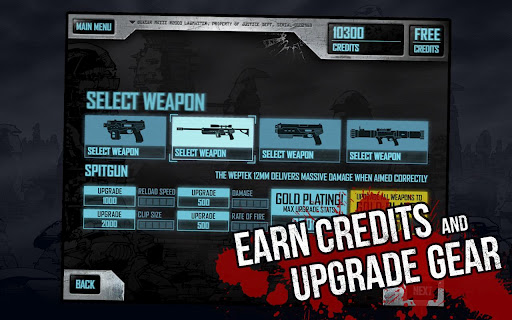 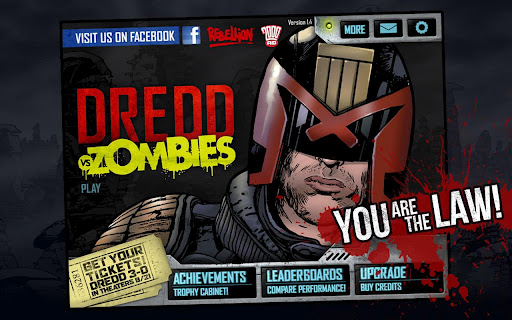