> "It plays as good as it looks." - IGN
> "Amps everything up to the next level." - 148Apps
> "Sharp controls, impressive graphics." - Pocket Gamer
War has evolved, and so has the best FPS on mobile!
Step onto the battlefield with the game that raised the bar for first-person shooters. Create a squad, add your friends and test your skills in dynamic multiplayer warfare against online rivals from around the world!
Prefer to work alone? Then step into the thrilling solo campaign as you shoot your way through one dire situation after another to save a world on the brink of anarchy and expose a lunatic's apocalyptic plans.
CHOOSE YOUR FAVORITE CLASS
> 7 customizable classes that you can level up across single- and multiplayer
> Find the playstyle that suits you: Assault, Heavy, Recon, Sniper, Support, Bounty Hunter or Sapper
> Activate class-specific skills by earning and spending Skill Points
HIGH-POWERED MULTIPLAYER
> Watch players in battle with the new Spectator mode
> Epic team clashes in Squad vs. Squad matches
> Talk to other players in Global and Squad Chat
> Individual and Squad leaderboards
> Win cool rewards in the limited-time events
UNIFIED GAME PROGRESSION
> Accumulate XP and level up by playing both single-player missions and multiplayer matches
> Unlock higher-tier weapons by mastering lower-tier ones
> Customize the perfect weapon using a host of attachments and jump straight into the action
INTENSE SOLO CAMPAIGN
> Fast-paced story missions with various challenges taking you from Tokyo to Venice
> Play the new Spec-Ops missions for a real FPS adrenaline rush
> Flawless graphics, music and voice performances perfectly adapted for a shooter game
HIGHLY CUSTOMIZABLE CONTROLS
> Intuitive, highly customizable controls so you can play the game just the way you want
Modern Combat 5 supports HID game controllers. Moga Pro is also supported, in mode B (HID Mode).
Modern Combat 5 requires an Internet connection.
_____________________________________________
Visit our official site at http://www.gameloft.com
Follow us on Twitter at http://glft.co/GameloftonTwitter or like us on Facebook at http://facebook.com/Gameloft to get more info about all our upcoming titles.
Check out our videos and game trailers on http://www.youtube.com/Gameloft
Discover our blog at http://glft.co/Gameloft_Official_Blog for the inside scoop on everything Gameloft.
_____________________________________________
This app allows you to purchase virtual items within the app and may contain third-party advertisements that may redirect you to a third-party site.
Terms of Use: http://www.gameloft.com/conditions/
Privacy Policy: http://www.gameloft.com/privacy-notice/
End-User License Agreement: http://www.gameloft.com/eula/ 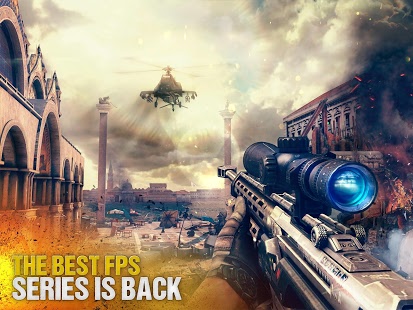 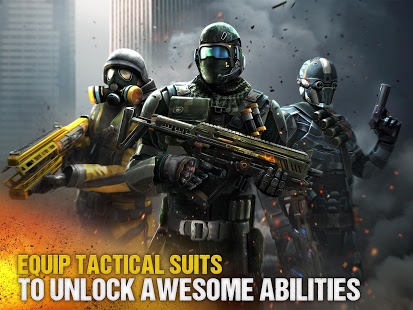 Tags for this game: Gameloft