Space Hell is a 3D shooter/platformer game. One of the games innovations is to connect 3D graphics with fast 2D physics simulation. High quality physics simulation made it possible to create interesting, interactive environment. Main game character can move objects and destroy them. Thanks to that many unexpected situations may occure, for example after main hero will destroy a bridge that hangs over his enemies, it will fall on them and destroy them.
A strong attention to detail is obvious in level and character design. Many special effects has been used like: advanced particle system, light glow, light-mapping.
All this elements make Space Hell an interesting and light platformer game.
Story.
Game action is placed in the future on remote plane called „Cerberis”
In the year 2054 polish archeological ship has landed on the planet, to do scientific research.
After 10 scientist found valuable ore on the planet. New exploration base was built. That was called „Centurion”. Company called „SpaceArch” was responsible for the whole operation.
Together with scientists one military corp „Delta 2” was sent to secure the base. Our hero is one of the privates. 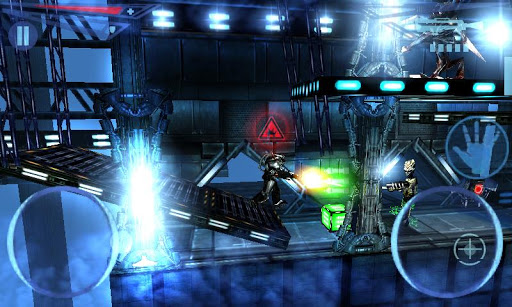 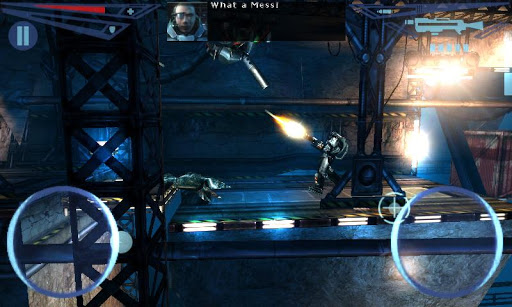 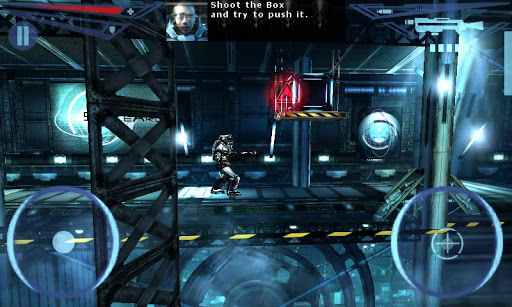