The battle against the evil aliens invaders continues with Hyperwave!!
★ From the creators of Hyperlight!
★ Special launch price! 50% off!
Finally, after over an year, the battle against the evil aliens invaders continues with Hyperwave, the new game of the hyper-series created by the same team of Hyperlight!
Hyperwave combines the mechanics of classic arcade games such as Space Invaders and Galaga with those of modern sci-fi shooters like Geometry Wars, Infinity Field or Super Crossfire, offering a both familiar and innovative gameplay which includes all the elements that make great a traditional shoot 'em up, but reproposed in a different context in which a strong strategic component is added to fast-paced action that we expect from this type of game.
Your goal will be to defend the last defensive shield that protects humanity by destroying all the endless waves of cosmic enemies before they can damage it.
But do not worry! Hyperwave’s space-fighter is really strong and is able to enhance its attack power significantly also using a wide assortment of weapons, special-powers and useful friends drones that will give you an hand in the difficult mission of containing the alien horde.
★ Features ★
* Universal App: runs in HD on Hi-Res Android devices.
* Great gameplay, attack and defend at the same time!
* Stunning 2.5D neon-style graphics, effects and animated backgrounds.
* Several exciting techno musics!
* Arcade mode with 50 different waves.
* Infinity mode for an endless challenge!
* 12 vulcan upgrades and 5 different special weapons.
* 3 devastating special-powers and smart friends drones to command.
* Wide variety of enemies to face, each with its own peculiar behavior.
* Heyzap achievements and global leaderboards support.
-----------------------------
Also check our other great games:
- Hyperlight
- Jewel Cut
- Ninja Slash!
- Rainbow Trail
- Tiny Comet 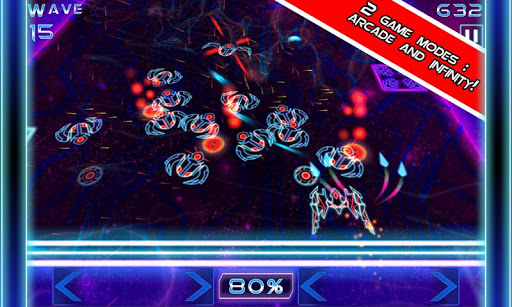 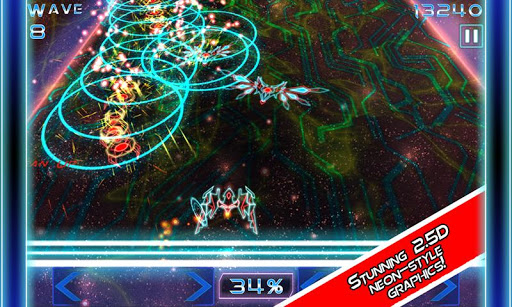 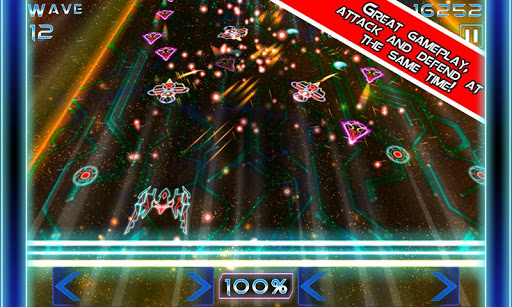