Create your dream team of footballing superstars and lead them to victory in the next big football game.
Win tense multiplayer matches, earn and upgrade star players and unlock new abilities.
Take your team on a journey from the giant-killing lowest tiers of the football league up to the highest levels of international success in multiplayer challenges.
Your chance for glory is here. Will you buckle under the pressure or be the next King of Soccer?
PLAY TO WIN
Position your defenders to block attacks, use your midfielders to get the ball into position and get your Strikers to smash the ball into the back of the net! Simple Controls allow you to play to your team's strengths.
BE THE MANAGER
Win competitive games to collect stat-boosting cards. Use them to upgrade your star player's stats and boost your team's overall rating.
Build up your first team, strengthen your squad, play match boosts and keep your players in contract and peak physical condition. Pick the most effective formation to win the tactical battle and seal a prize-winning victory.
COMPETITIVE MULTIPLAYER
Pitch your hand-picked team and go head-to-head against managers from the rest of the world. Put together a winning streak to climb leagues for tougher challenges and bigger rewards. Show your skill on the world stage.
SOAK UP THE ATMOSPHERE
Detailed 3D stadiums and larger-than-life characters get you right into the heart of the action. Win promotion to the next league and upgrade your stadium to make it even more imposing for visiting teams. Celebrate your best strikes with dynamic action replays that allow you to relive that stunning display of skill again and again. 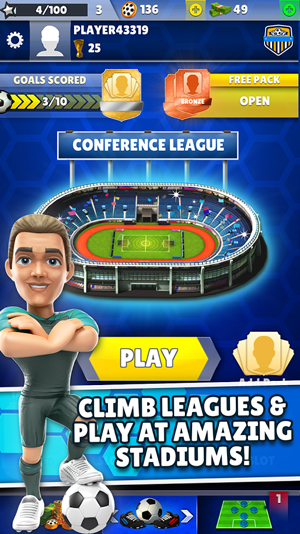 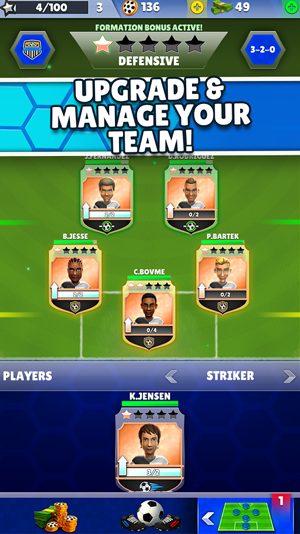 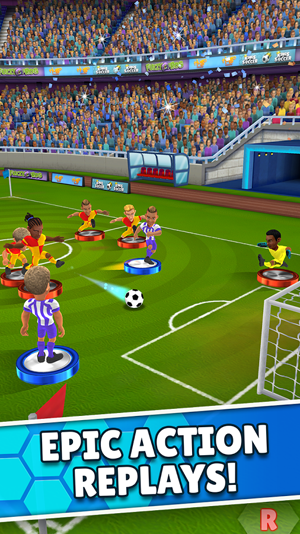 Tags for this game: Soccer