Fat Ball (1 or 2 Player) l Version: 1.17.1 | Size: 9.66MB
Developers: Hangfire Arcade | Language:English
Sumo Wrestler and Alien verses Ninja and Giant chicken on ice. BEGIN!
** PLEASE READ MULTI-TOUCH NOTE AT THE BOTTOM **
Ever wanted to be a Sumo wrestler and team up with an Alien for an ice football showdown against a Ninja and a Giant Chicken? Of course you have! And here's your chance.
Fat Ball is a crazy ball game (on ice!) where heavy weights bounce and slide around attempting to score goals against each other. Comedy and chaos is the name of the game, but after a few days practice, you'll be pulling off precise shots into the top corner of the net. But most importantly, it's TWO PLAYER on the same phone!
FEATURES:
- Ad Free!
- 2 PLAYER! Play against or with a friend, or play through a tournament together, on the same phone! (REQUIRES MULTI-TOUCH SUPPORT. Larger screens are better.)
- Single Game and Tournament Modes
- 1 verses 1, or 2 verses 2
- Movement and Shooting training modes
- 1,3,5 or 8 minute matches
- 5 different arenas, all with their own unique features: Clean, Speed, Moving Pillars, Pinball and Spinner.
- 15 different characters, from Gangsters and Hippies to Monkeys and Robots.
- HD graphics
- Two control mechanisms: Run to where you touch, or analogue stick. NOTE: You can't use "Run to Touch" in two-player mode.
- Instant replays!
- Comedy back chat! All characters drop one-liners to let you know how they feel!
- Arenas and characters unlocked by winning tournaments
- Funky tunes!
- Move to SD
MULTI-TOUCH NOTE!
Fat Ball supports non-multi-touch devices (single touch) for single player, but two player WILL NOT WORK on these devices. You'll be able to start two player games, but only one of you will be able to move at a time. If you don't know if your phone supports multi-touch, download "TOUCH TEST" from the market to test your device. 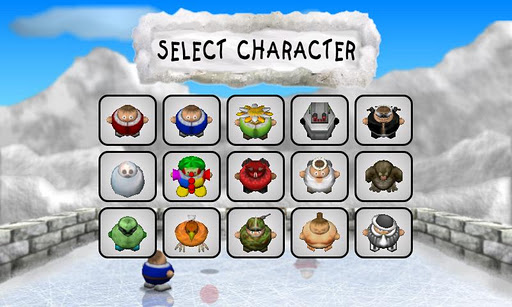 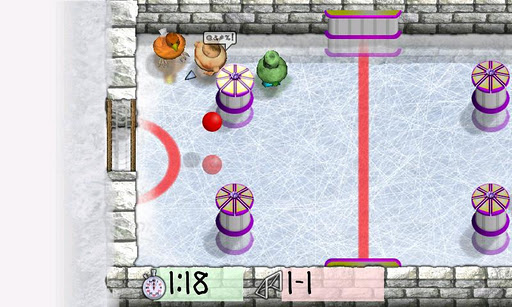 Tags for this game: Fat