You captain a submarine going to battle against warships and carriers. You must strike down the carriers to advance in the game. All in 3D. Infiltrate harbor bases, avoid helicopters, f16s, f18s, SR71s, f117s, Nimitz class carriers, and super carriers. 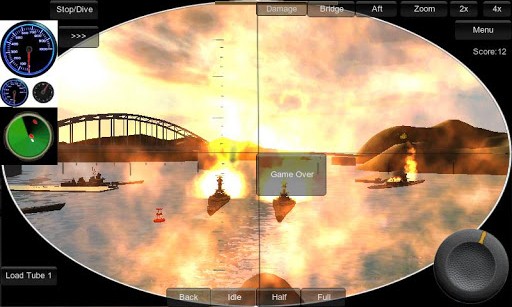