Enter a life of crime and work your way through the ranks of the underworld as you fight with real players and make a name for yourself! 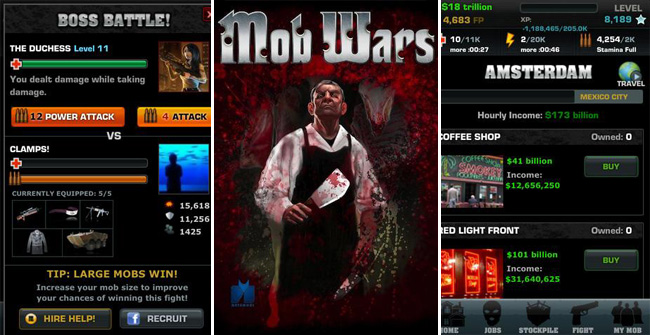 Before You game Tankomania is a game that we all remember from the time of game console.
But the war hostile, tanks encroach on your territory,Your database is in danger!
As you would do in such a critical situation, whether you're a commander of the tank? Probably you will manage to turn the military onslaught of the enemy!

The anticipated war returns!
Sequel to the #1 title in more than 20 countries with more than 7 million downloads worldwide! The long awaited sequel to Spawn Wars arrives!
Embark on the journey to the largest human cell with your army of the smallest human cells.

SPiN WARS - That crazy one-button multiplayer battle game!
Up to 4 friends battle each other simultaneously on just one device in this simple but fun arena shoot 'em up game! Control your fighter and pull off your special moves with the well-timed tap of just one button!

Take to the skies in this 2 button shooter. You're a lone fighter plane facing hordes of enemies and 40 challenging levels that will eventually lead you to the Boss.

This is a very funny underwater shoot'em up game only for Android!
In a distant future, when it became impossible to live on earth, humanity built its high-tech metropolis on the ocean floor! But as in the surface, even under the sea wars broke out, and a group of mad scientists built a horde of marine robots to wipe out civilization and conquer the world. Now its your turn, begins to play and fight to clean up the ocean by the robot monsters! The mission is long and demanding, do not forget to supply your ship with oxygen!

Abyss Wars is multiplayer strategy (tactical to be precise) fantasy war game. You control small army of selected race heroes to conquer the land and fight forces of abyss. You will need all your tactical skills to be victorious. Use magic, meelee and ranged attacks.

Blast your way through waves of invaders as you defend against deadly intergalactic fruit aliens.
Galactic Fruit Wars is a new arcade action space shooter where you are the top gun in star command's pineapple attack fleet. Step up, take control and take down the enemy forces.

Wizard Wars is a fun and fast paced multiplayer game for two players on the same device.
Challenge your friends in a duel where reaction speed, timing and tactics decide the outcome. 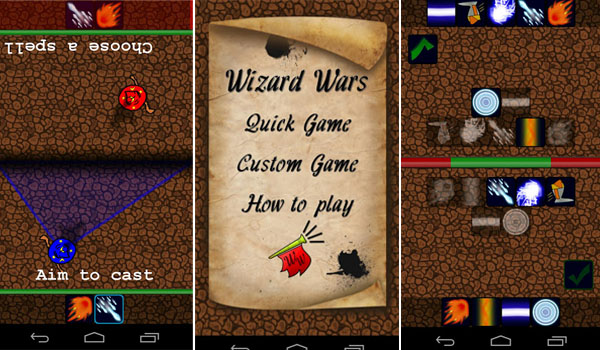 The galaxy is under attack and only your piloting can save us! A merciless alien race has their sights set on our planet, and the only opposition left is you! Pilot your ship through the galaxy blasting an alien race to pieces all in gorgeous 3D!