A madman scientist with a fascination for diseases and plagues can only mean one thing: the zombie apocalypse!
With the new zombie virus spreading from North Korea to all corners of the world, the dead are rising from their graves with a taste for human flesh. No city will survive the zombie tsunami as it devours brains, infects the children, and farms the fallen corpses into more walking dead to join the groaning army of rotting bodies.
Play as the deranged scientist with a mission for violence as you upgrade your virus, trigger chemical explosions, and infect every person on the planet! The police, army, and super agents will send squads of zombie killers to stem your world domination plans, but with your own completely customizable undead crew, nothing can stop your dead march across the highway to hell!
With over 120 different types of zombies to choose from, anything that those puny humans throw at you will be swallowed up in the sweeping undead horror. Crush their last stand with hulking zombie wrestlers, slice through their defenses with an undead warrior, or vomit the virus with walking dead rednecks. Each zombie in your arsenal is unique with special abilities you'll need to complete the zombie apocalypse and turn Earth into a churning, decaying graveyard.
***GAME FEATURES***
* Addicting, destructive zombie gameplay!
* Pure undead chaos with explosions and gore!
* Race across the world as the infection spreads!
* Earn more money for each kill, overkill, and mega-kill!
* Build your virus and upgrade your zombies to guarantee a total undead nightmare!
* Plan and equip your zombie squad before each city takeover.
* Fight epic boss battles on warships as you travel to your next future zombie capital!
Like us on Facebook! ---> https://www.facebook.com/ZombieVirusWorld
Follow us on Twitter! ---> https://twitter.com/ToastZombie 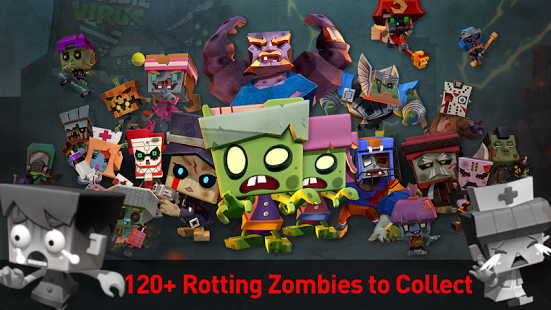 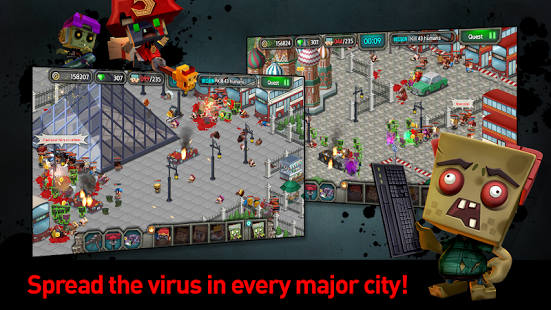 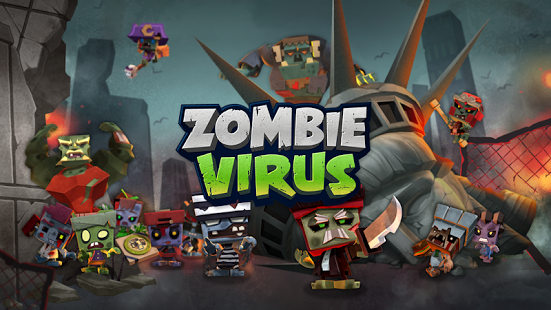