The Mafia comes across a mysterious treasure, a long lost sacred idol. The Don takes it as a sign of good luck and decides to keep it for themselves. Little does the Mafia knew that it is long lost legendary idol to some creature coming from monsters world. Soon enough, nasty monsters find out and launch an attack.
It's time to load up the guns and blow the crap out of thousands of brainless monsters and deadly bosses! You must not only survive but also lead, be careful, fight and defend. Grew your mafia team by unlocking new exciting mafia upgrades and solve the puzzle.
Your mission is to hold your ground against the ruthless monster zombies to crush and eliminate them. Command your Mafia gang with deadly power-ups. This game has all best elements of Tower defender games and much more. You will have to use your mafia team as ally to get a glorious victory. Use gangsters as defenders and smash down the zombie monsters.
In order to kill as many stupid monsters as possible, you must make full use of your resources and earn more coins and jewel. You can buy better weapons and powers to make mafia gang more powerful.
Recruit mafia's and build defense to stop the forces of dark undead demons! Center your attack to defeat powerful bloody bosses and building a robust defense to impress the godfather. When the dead are rising, Gang must stop them! Take to the Arena in the most action packed slash fighting game.
Mafia Vs Monster mixes defence, offense strategies and shootout inside the game with real time super addicting action. It's suspense war mayhem between the dangerous Monster hordes and Mafia Gang. This is kind of worldwar for mafia's in the city.
★★★★★ TEAM ★★★★★
Robert: The sniper wanted by SWAT, does anything for money.
Mark: The muscular killing machine with rocket launcher, He his capable enough for big explosions.
Maria: The Most agile bullet shooter among all. She is well known and the world of crime.
All the mafia team is available up to 12 different variants of upgrades, make your own choice.
★★★★★TOP SUPER STRATEGY GAME★★★★★
Only if placing of mafia team or to plant a mine was so simple. You need to be alert and careful in picking up your enemies. Time is crucial and you should choose monsters that you can kill fast. But also be careful not to let them sneak in too close to the lift door, don't forget to shoot them down before they get you. Shooting wouldn't have been so fun before.
★★★★★COMBAT WITH BEST POWERFUL UPGRADES★★★★★
Upgrade your mafia team to contra monsters, and equip them with more powerful weapons and powers
☆☆☆☆☆FEATURES☆☆☆☆☆
* Tons of missions! Experience 50 levels of glorious victories against blood-thirsty monster apocalypse!
* Recruit various strong gangsters to defeat monster hordes
* Visually stunning graphics and impressive CD quality audio
* Unleash great powers to electrify and zap monsters
* Earn gems to buy and upgrade tons of awesome weapons such as Shotgun & Sniper
* Optimized for Phones and Tablets!
"Mafia vs Monsters" is a battle clash SAGA between stupid monsters and deadly gangsters, available on Google play.
Rush now to download Mafia Vs Monsters for free, and don't forget to rate us ! also do tell your friends about this awesome game. 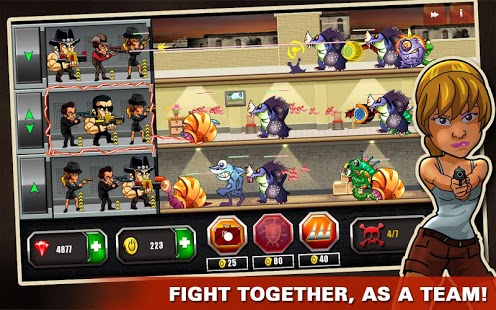 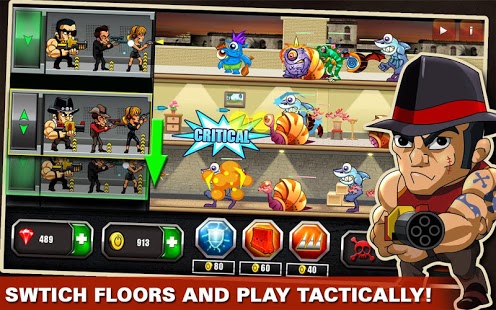 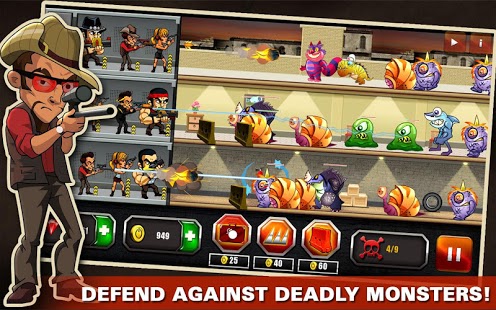