1942. World War 2. You and your troops are on duty near the Pacific - and there can only be one winner...
The battle continues after "1941 Frozen Front" - and this time, it's all about naval warfare! Join the navy and fight to win the battle of your life! Own the battlefield and send your soldiers to the frontline. Military combat at its best!Choose the right tactics and use your commando to defeat the enemy! Lead the U.S. Army on their campaign or command the Japanese forces on their mission! Take out enemy alliances with infantry, artillery, tanks, warplanes, battleships and submarines and earn your stripes as an ingenious commander at the PACIFIC FRONT!
✪✪✪ MISSION BRIEFING ✪✪✪
✪ FIGHT with powerful weapons like torpedos and bombs!
✪ TAKE OUT enemy positions with tanks and infantry!
✪ BOMBARD hostile headquarters with mighty bomber wings!
✪ SURPRISE the enemy with attacks from your submarine!
✪ EMPLACE your artillery in rough terrain!
✪ CLEAR beaches, lagoons and straits!
✪ AMBUSH the enemy!
✪ SUPPLY your army with goods and ammunition!
✪ DEFEND your aircraft carriers and battleships!
Features:
✔ FREE TO PLAY
✔ Turn-based strategy action set in WW2
✔ Thrilling campaigns and challenging missions
✔ Historical U.S. and Japanese units
✔ Infantry, artillery, tanks, warplanes, battleships and submarines for both fractions
✔ Repairs, camouflage and fortification of units during the battles
✔ Hot-hand multiplayer battles
✔ Hex grid for the best overview possible
✔ Detailed graphics and super-realistic sounds
✔ Full tablet support
✔ Supports Google Play game services
You can play '1942 Pacific Front' entirely for FREE, though various items are available via in-app purchase. If you don't want to use in-app purchases, please deactivate them in your device settings.
Thank you for playing '1942 Pacific Front'!
Get in touch with HandyGamesTM:
http://www.handy-games.com
Join us on Facebook:
http://www.fb.com/handygames
Follow us on Instagram:
http://instagram.com/handygames
Stay tuned on Google+:
http://goo.gl/qkjngm
Subscribe to our channel on YouTube:
http://goo.gl/2Kq6yY
Check news on Twitter:
http://www.twitter.com/handy_games
Follow us on Instagram:
http://instagram.com/handygames
(c) www.handy-games.com GmbH 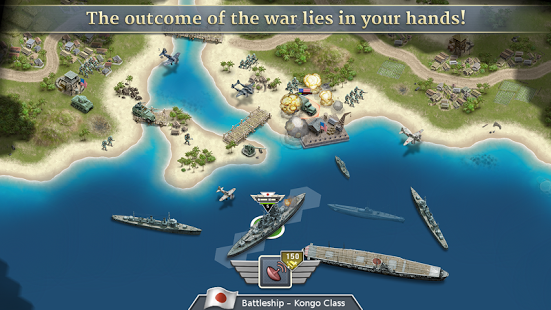 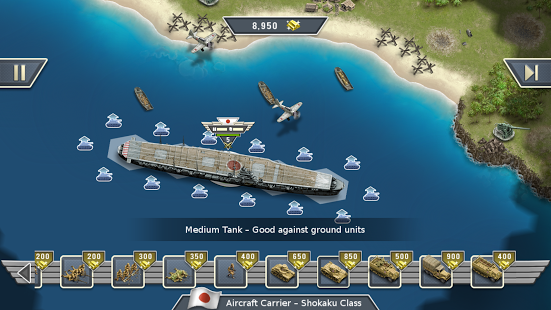 Tags for this game: HandyGames