Get out your boomstick and rev up your chainsaw! From the makers of PAPER TOSS, STRIKE KNIGHT and NINJUMP comes the definitive Army of Darkness game for Android.
In this tug-of-war, casual defense game based on the MGM classic movie, you play Ash, the time-traveling, evil-fighting, S-Mart sales clerk as you defend Lord Arthur's castle and the Necronomicon from the oncoming hordes of evil undead. Of course, you can't do it alone! Call upon multitudes of allies including Lord Arthur, Duke Henry the Red, the Wiseman, and many more to help you in your quest to defend the unholy book and use it to return to your own time. ARMY OF DARKNESS: DEFENSE takes the witty charm of the cult classic movie and combines it with gorgeous graphics and innovative casual gameplay that is certain to entertain any mobile gamer. So, remember the magic words and make sure your shoelace is tied, because this is going to be an epic battle!
Features include:
-Bruce Campbell as Ash Williams
-Beautiful, fully animated graphics
-A wide variety of allies to summon including swordsmen, armored knights, archers, and more
-50 initial waves and an unlockable endless wave
-More than 100 hilarious quotes from the movie
-Countless hoards of deadites
-Originally composed music score
-Tons of special abilities including the boomstick, the chainsaw, the '88 deathcoaster and many more spells
-All of your favorite characters including Arthur, Henry, Sheila, the Wiseman, Evil Ash, and many more!
Making fun, high quality mobile games is what we strive for at Backflip Studios. We have seen nearly 100,000,000 downloads across our suite of games and we greatly value your continued support and feedback.
Also try some of our other games, including PAPER TOSS, NINJUMP, STRIKE KNIGHT or SHAPE SHIFT.
Check us out on Twitter: @backflipstudios
Thanks for playing!
ARMY OF DARKNESS ™ & © 1992 Orion Pictures Corporation. © 2012 Metro-Goldwyn-Mayer Studios Inc. All Rights Reserved. 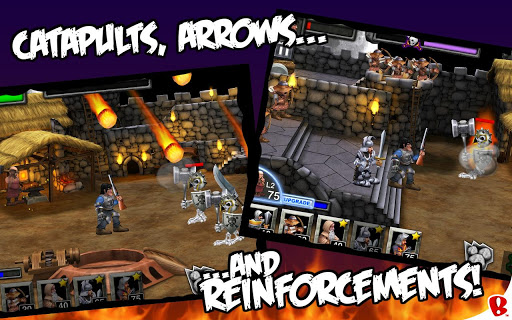 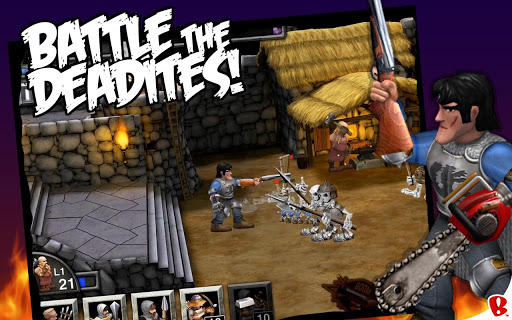 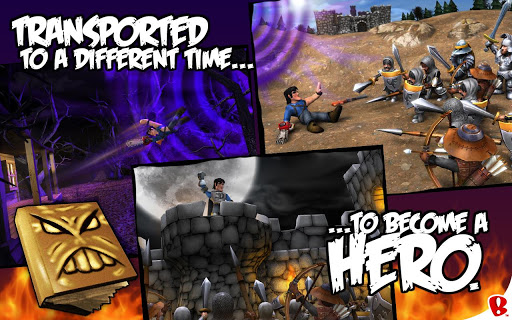 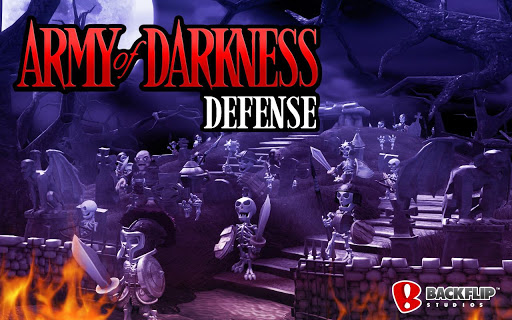