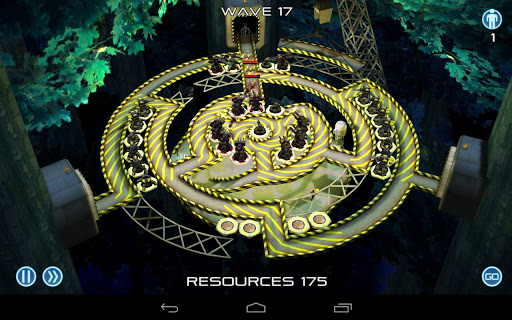 By popular request - we bring you Tower Raiders 3 GOLD!
Tower Raiders 3 doesn’t redefine the tower defense genre; it sets a new gold standard for mobile strategic thrills!
The game includes challenging levels that cater specifically to fans of great gameplay. Every level provides unique logistic challenges and features many different winding paths that throngs raiders use in order to get to the people you're charged with protecting! And, if you choose to log into Facebook the people you're saving will be none other than your Facebook friends! As players progress through the game levels grow increasingly more difficult, and feature more waves of attacking raiders!
The humans you're charged with saving are depending on you commander, but you're also depending on them. They're collecting the resources you need to build towers. Luckily, they can handle themselves well - but you can always direct them to do what you see fit, and they'll be happy to follow your orders.
If you find yourself in a pinch you can in a strike team of shock troopers and watch them clean house. Or, for a little extra man power you can call in a drop ship with human reinforcements. You're the boss around here, commander!
To protect themselves players have access to an arsenal of upgradable weapons - but there’s a catch. Every weapon in Tower Raiders 3 has unique positives and draw backs, as well as different ranges which they can shoot. This is where strategy comes in. Gamers need to think smart and position their available weapons in the most effective spots if they want to squash every wave of raiders that approach and end levels victorious and in-tact!
Tower Raiders 3 is the most well-polished and well-rounded tower defense experience on Android. The game features beautiful 3D textured graphics, active Facebook support communities.
Features:
• Save your Facebook friends from incoming marauders!
• Hi Powered defense gaming action with unique levels
• Many unique upgradable weapons to utilize.
• Vibrant, 3D rendered graphics with full camera control.
Tower Raiders 3 is developed by Gianormous Games, LLC
PLEASE SUBMIT ANY ISSUES YOU FIND TO:
[email protected]
GOLD VERSION
The Gold version of Tower Raiders 3 automatically unlocks the next facility and corps level as you win campaign games. You never need to worry about unlocking facilities and corps in the main campaign. This leaves you free to spend the credits you earn on upgrades and supplies.
See also - Tower Raiders 3 FREE - try Tower Raiders 3 on your device for free.
When you upgrade from Tower Raiders 3 FREE, your campaign and credit balance will be imported. ALSO - your credit balance will be credited by the amount used to unlock facilities and corps levels.
Note: Devices with 512mb RAM or less are not supported in this version of Tower Raiders 3. We will have a trimmed down version you can run instead soon. 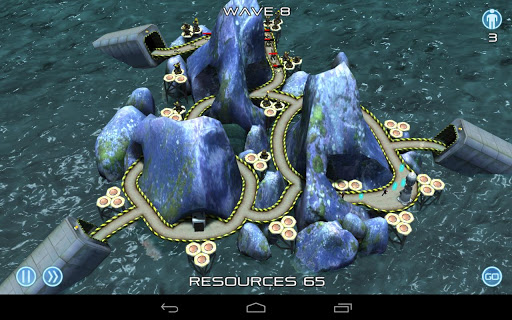 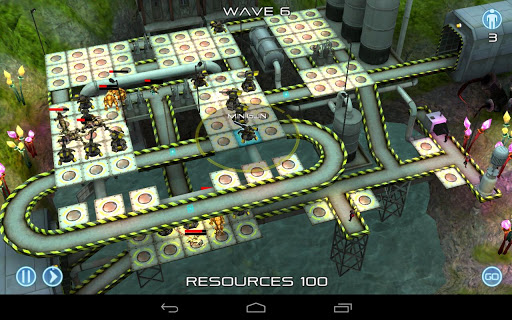 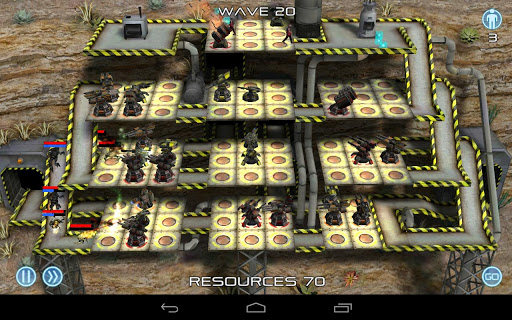