Play the top-rated tower defense franchise in this all new head-to-head strategy game - FREE!
It's monkey vs monkey for the first time ever - go head to head with other players in a bloon-popping battle for victory. From the creators of best-selling Bloons TD 5, this all new Battles game is specially designed for multiplayer combat, featuring 10 custom head-to-head tracks, incredible towers and upgrades, all-new attack and defense boosts, and the ability to control bloons directly and send them charging past your opponent's defenses.
Check out these awesome features!
* Head-to-head two player Bloons TD
* 10 custom Battles tracks
* 19 awesome monkey towers, each with 8 powerful upgrades
* Assault Mode - manage strong defenses and send bloons directly against your opponent
* Defensive Mode - build up your income and outlast your challenger with your superior defenses
* All new Monkey Tower Boost - supercharge your monkey towers to fast attack for a limited time
* All new Bloons Boost - power up your bloons to charge your opponent in Assault mode
* Create and join private matches to challenge any of your facebook friends
* 16 cool achievements to claim
* Customize your bloons with decals so your victory has a signature stamp
Test your tower defense skills against players from all over the world in two awesome game modes. In Assault Mode, you balance your income between building defenses and sending groups of bloons at your opponent. In Defensive Mode, you don't send bloons directly and instead outlast your challenger against endless waves of bloons. Either way, the last player standing wins, earning Medallions that will unlock new monkey towers, powerful upgrades, and cool bloon decals with which you can customize your attacks.
If you are new to Bloons tower defense games, don't worry - a helpful tutorial walks you through the game, and matchmaking will help balance the opponents you face. And if you want to battle against your friends, you can easily create and join private matches with anyone on your Facebook friends list.
The choice of strategy is yours - hunker down for the long game, or go for the quick win with a rush of fast Bloons? Jump into a game of Bloons TD Battles now!
REQUIRES INTERNET CONNECTION. 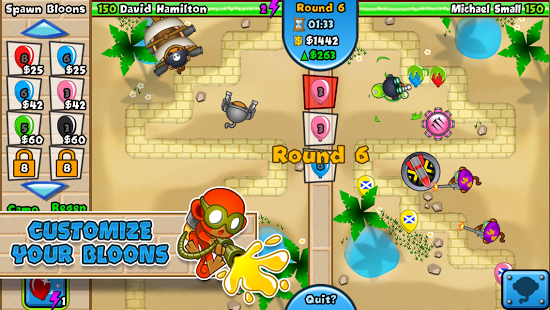 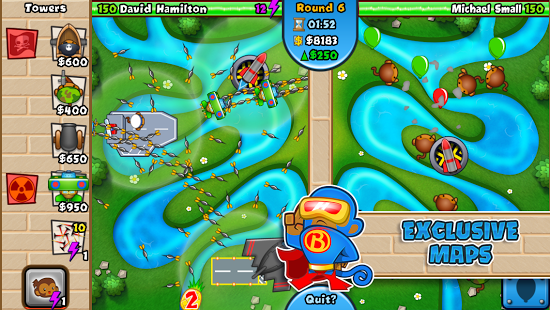 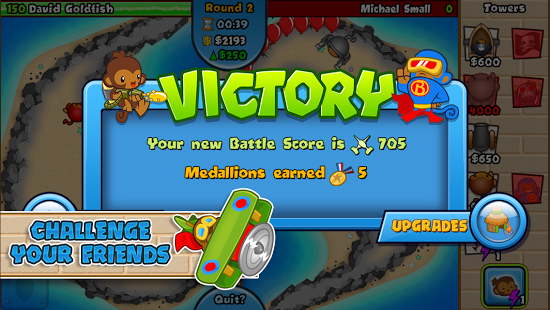 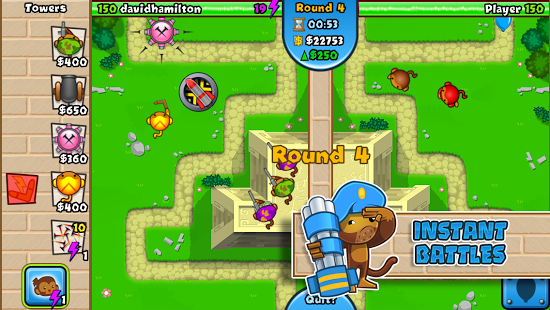 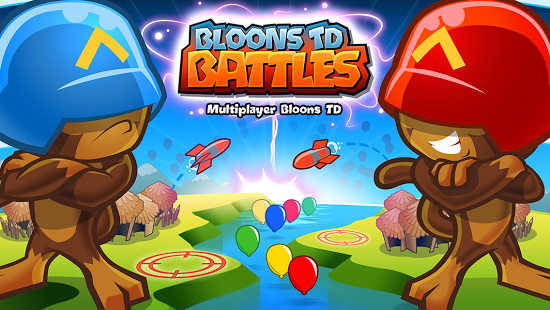