#1 New Space War game on Android
Build spaceships, upgrade your ships' defences and weapons, collect credits by defeating other players and completing every mission. Are you ready to join the Galactic Space War's Merciless Mercenary Forces and Save the known universe from destruction!
DOZENS of missions to complete. Collect credits to upgrade your ships. Become the best in space. How far will you go?
Prepare your battle strategy. This game will keep you HOOKED!
5/5 "Absolute blast"
5/5 "Wars in the Stars: I give it a 5 star rating because of it's total Star Wars effect and I say nice job game designers"
5/5 "Great game, good balance between tactics and customisation, very nice!!"
4/5 "Fun: Like homeworld for your phone"
Features:
* Engage in tactical space battles against the AI or other players.
* Build up your own unique fleet of star ship cards.
* Fully customise each of your ship's weapons and combat abilities.
* Unlock new weapons and missions as you gain in experience.
* Challenge your enemies to high stake battles for supremacy.
* Upgrade individual weapons to make them more potent.
* Hire other player's ships into your own task force as mercenaries.
* Test your fleets through increasingly difficult missions.
* Play across your Android devices with the same account, use either facebook authentication or a unique personal password!
There is no turning back. Welcome to Star Pigs WAR Strategy. Your ships are waiting for your command.
'In space, no one can hear you squeal.' 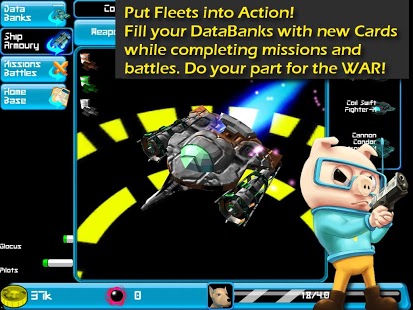 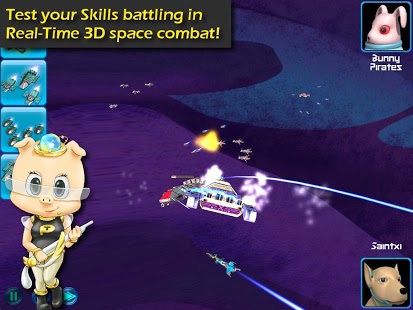 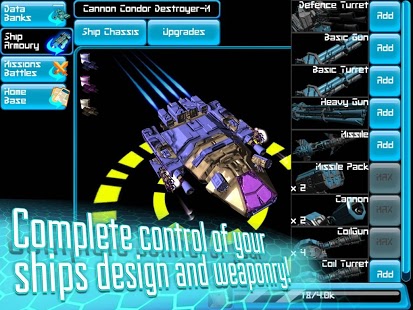