★Award-winning Android RPG Game of 2015★
Auto Battle - Epic War RPG is the best MMORPG experience where you battle endless monsters, adventure through dungeons & battle in PVP arena. Use endless loot & 24/7 auto battle to top players & guilds. Choose one of three classes - Warrior, Hunter, or Mage - to explore dungeons and engage in exciting Auto War against various monsters and bosses! Train your brave heroes to participate in team battle and guild wars for handsome rewards like Gems, Honor, and Reputation! Form or join a guild with smart match-making system to become the best player in the world! Use strategy to defeat enemies and Smash your bros in PVE and PVP combat alike!
Unlike other dungeon crawlers and hack 'n' slash MMORPGs, Auto Battle offers a never-ending farming adventure in the palm of your hand. Even when you have to stop playing, Auto Battle lets you continue the fight in Offline Mode. You can continue exploring dungeons while you put the hard hours in at work. You can keep earning Experience, Coins, and Equipment while you're studying for school. You can keep hiring heroes and summoners to wage war in your sleep.
Fulfill Your Destiny, Use Your Strategy, and Claim Your Throne
Overwhelming ★★★★★ Reviews
5/5 "An abundance of content: Arenas, Dungeons, PvP, and Adventures."
5/5 "Good concept RPG with a lot of features to explore."
5/5 "All the pleasure of mmos without the endless mindless grind."
5/5 "It is just like a MMO level tool that lets you analyze your combat log, gear attributes, and character level information."
Game Features:
24/7 Auto Battle
Even when you are not online, your character will keep exploring dungeons, fighting enemies, earning experience, and finding gear for you. Conquer monster-packed PVE dungeons or wage wars in intense PVP combat. Experience the different type of battle through the different combinations of skills, heroes and gear.
Customizable Heroes
Create a male or female hero in any of three traditional classes. Will you choose the strong and resilient Warrior, the nimble and sharpshooting Hunter, or the magnificent and spell-slinging Mage? The customization doesn't stop there. Over time, upgrade your characters and gear, equip the epic loot you discover, and design your own combination of skills. As your power grows, spread your reputation across the world in this action-packed adventure RPG!
Unique Smelting
Smelt your common gear to get better items in return, even powerful artifacts! What are you waiting for? Forge the ultimate weapons, gear, and artifacts so you can crush your enemies and show off your magnificent equipment - up close!
Fiery Arena Combat
Prove your might by defeating other players in the Arena. Defeat higher-ranked players to take their place and claim your right to daily Gem rewards! Fight your way to the top of the leaderboards and bask in the glory!
Team Combat
Join up with other players in twice-daily Team Battles and exciting Guild Wars. Defend your Team Battle championship as long as you can for better rewards. Work together with your guild to rake in Experience and gain Reputation.
Challenge Boss
Challenge yourself with hundreds of achievements and instantly boost your power and speed with enhancement, devour and transfer! Journey through the darkness, team up with your friends to conquer the Bosses. Use tickets to challenge bosses and use Sweep to keep slaying boss monsters
Dazzling Graphics
Dazzling graphics with HD resolutions - Visually Stunning Skills, Cool Weapons and Gear Effects. Explore various maps like New Trials, Darkness Tower, Monk Temple, Hall of Heroes, Reborn Realm, Hall of the Dead, Gold Statue, Darkness Rebirth and many more.
Join thousands of players in the best MMO RPG experience on Android today!
One of the best 2015 games now! Be hunter, explore dungeon in Five Maps
Official Facebook Fan Page: https://www.facebook.com/autobattle 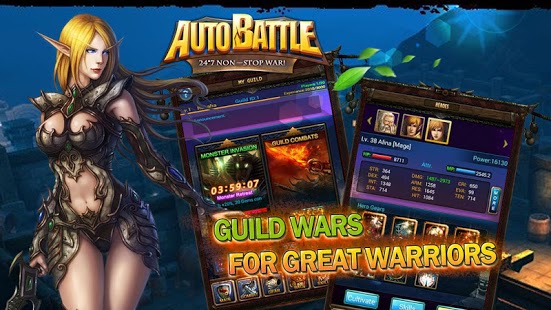 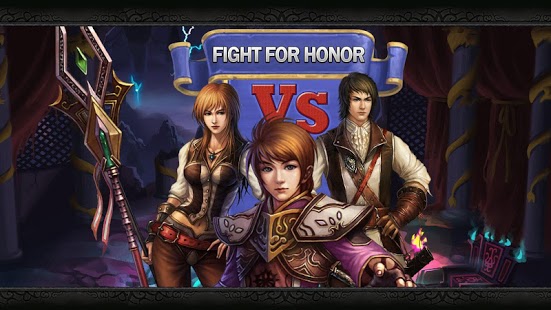 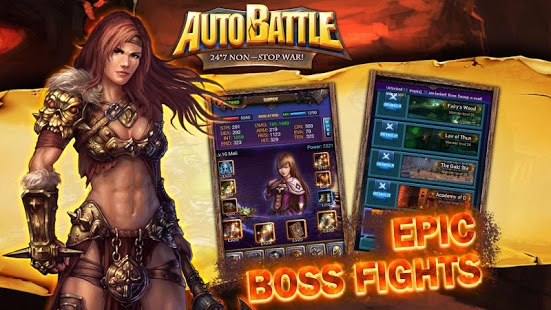 Tags for this game: Playcomet Inc.