Greetings, True Believer! It's time to suit up!
The Universe is under siege by the forces of evil and it's up to you to assemble a team of your favorite Marvel heroes or villains and defend the world from complete destruction! No true hero can ever do it alone, so you'll be smashing and blasting through danger with up to 3 other heroes from around the world, in REAL-TIME 4-PLAYER CO-OP action!
Increase your team's strength by suiting up as any of your favorite Marvel Super Heroes from across the Marvel Universe including: CAPTAIN AMERICA, IRON MAN, STAR-LORD, THE HULK, SPIDER-MAN, DOCTOR STRANGE, THOR, BLACK WIDOW...and many MORE!
Sometimes it's good to be bad, so your favorite Marvel Super Villains are here too! VENOM, GREEN GOBLIN, KINGPIN, LOKI and many more are eager to go into battle. Play with them all!
MIGHTY FEATURES:
REAL-TIME 4-PLAYER CO-OP BATTLES - For the first time ever on Mobile, play as your favorite Marvel characters with up to 3 other players online in REAL-TIME! Play together in 4-player co-op battles against Marvel's most dangerous villains and minions. You will also take 3 heroes with you to switch between in the heat of combat!
ASSEMBLE YOUR TEAM OF HEROES - Will you assemble The Avengers? Guardians of the Galaxy? Or will you create a unique Marvel group of your own? There are more characters to choose from than ever before! Discover multiple suits for every character, amass a Mighty army of your favorite Marvel Heroes or Villains and be ready to take on whatever challenges may be ahead.
PLAY FOR YOUR TEAM, PLAY FOR GLORY - Your team's duty will be to fight for each other in the pursuit to defend the Marvel Universe. Don't let your teammates take all the glory though, as you can battle your way to the top of the leaderboard for daily and weekly rewards that will help you rise to the top!
WITH GREAT SKILL COMES GREAT RESPONSIBILITY - Whether you prefer to pound, smash, shoot or blast your way to victory, MARVEL MIGHTY HEROES lets you customize your experience. Each new character or costume you acquire comes with brand new skills! Upgrade each character by maxing out their skills to unleash their full potential!
It's time for your and your friends to embark on this heroic adventure and test your skills against the most dangerous threats in the Universe. Each mission requires teamwork, strategy and will that only the Mightiest heroes possess.
Are you MIGHTY? 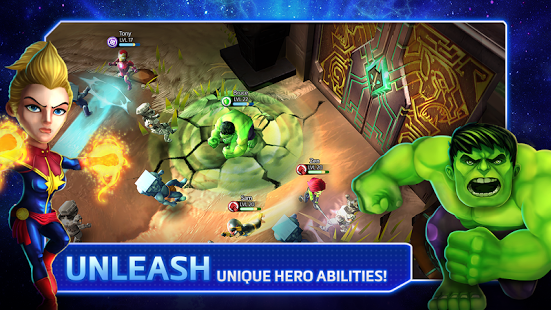 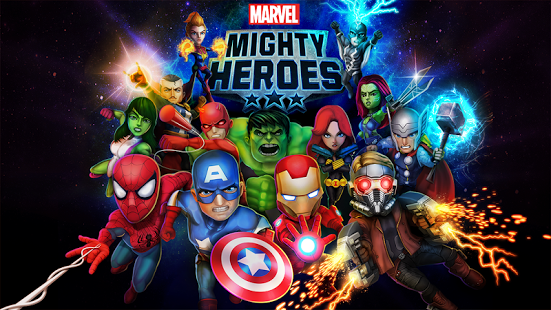 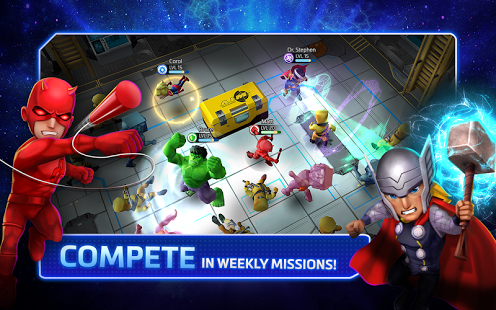 Tags for this game: DeNA Corp.