Upgrade cars and drive them through zombie hordes in the biggest and best Earn to Die game yet!


ALL NEW CARS!
Uncover abandoned cars and upgrade them into zombie-smashing machines. New cars, trucks, a sports car and even a drag racer await. Don’t forget to level them up to unlock spiked frames and roof-mounted guns! Those zombies won’t know what’s hit them!

ALL NEW LOCATIONS
Use map pieces to unlock all new post-apocalyptic locations, including run-down cities, an abandoned icy outpost, a murky swamp, and more. Each location introduces crazy new types of zombies, and new environmental obstacles to smash your way through!

ENDLESS LEVELS
All locations are now ENDLESS. How far will you be able to drive?

SMARTER ZOMBIES
The zombies have gotten smarter! Outrun a missile-launching zombie-driven mining truck and smash through bike-riding zombies as you try to steer your way to safety! Yes, you read that right – the zombies aren’t just walking in this game, they’re driving too!

Enjoy epic ragdoll physics as you send those undead creatures flying through the air.

THE BIGGEST AND BEST EARN TO DIE YET
The zombies are after you and there’s no time to waste! Download now and drive your way to safety. 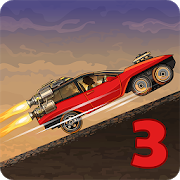 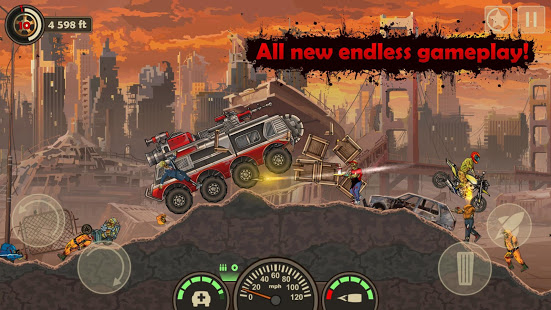 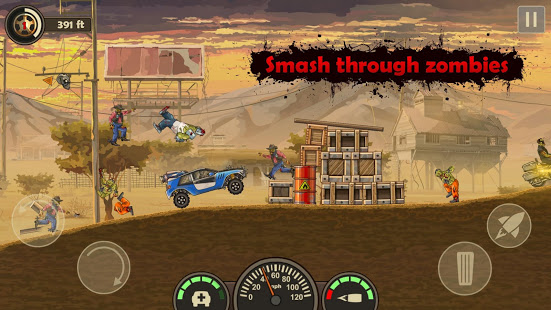 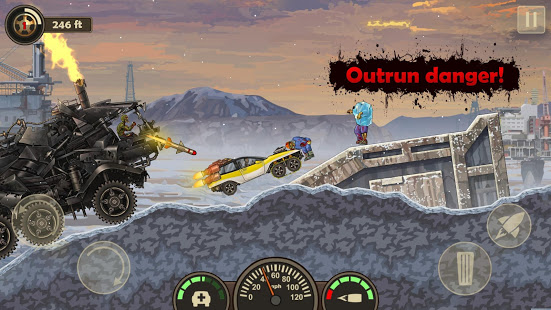 Tags for this game: Not Doppler