Commando Counter Strike is the best choice for 3D FPS (First Person Shooter) action games lovers. You are an army thunder commando in this bloody war, you have been given a mission to infiltrate the enemy base, shoot down the snipers and eliminate all the enemies from remote enemy camp. You are the one of special force commando and must use your specialized skills to survive in an offensive attack of terrorists. You can move the sniper anywhere and tap to shoot the enemies and Gunship Helicopters with variety of weapons and limited time.
Your Mission:
Dropped at night in a bad weather at a secret enemy army camp near the Amazon Jungle border. Project assigned directly from the American GHQ is to enter enemy camp area, use map and clear small enemy unit that will try to protect the camp. Expect a great clash at each checkpoint, so show your strength to kill enemy soldiers, make hell on earth for them, and advance step by step and reach the center point. Destroy all important enemy assets like Fuel and Ammunition dumps, target armor and military vehicles so as to break them. After that find and get hold a red box of classified enemy documents hidden some where in the camp. Finish with great care and find safe way to go as you might be attacked by enemy Gunship Helicopters. With limited ammo its a daring mission which only bravest Commando elite dare to accept. Show yourself like an iron man. Wish you all the good luck and waiting for good news.
How to Play:
1. Touch & drag anywhere on the screen aim your shooting weapon
2. Tap Fire button at bottom right to shoot and start your assault
3. Select any weapon during action: Light Auto Machine Gun, Pistol or RPG (Rocket Propelled Gun)
4. For enemy at far distance, use the Telescope for sniper shoot
5. The weapons will reload itself but keep an eye on your life bar because you have limited ammunition.
Features:
> Furious Frontline Commando Shooting action war
> Best 3D FPS (First Person Shooter) game
> Beautiful realistic 3D Battlefield environment
> A lot of enemy checkpoints
> Extreme quality engaging sound effects
> Multiple weapons including Light Auto Machine Gun, Pistol or RPG (Rocket Propelled Gun)
> Attactive GUI with easy controls
> Efficient weapon controls and smooth movements
> Amazing ground air attack on flying Helli
> Designed for Players: Teenagers, adults & Family
> Genre: Adventure, Action and Thrill 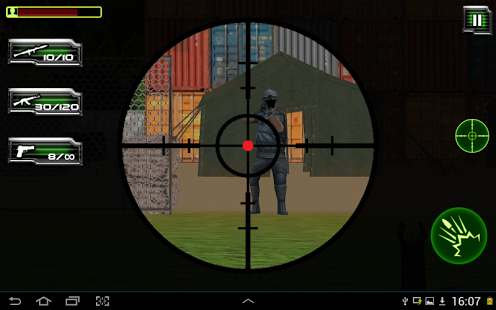 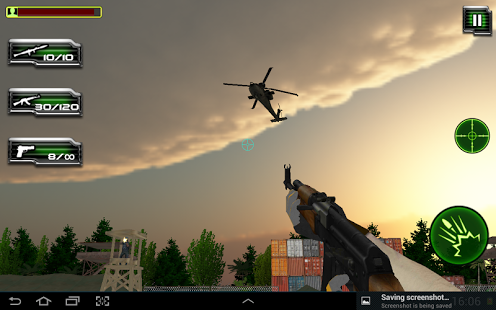 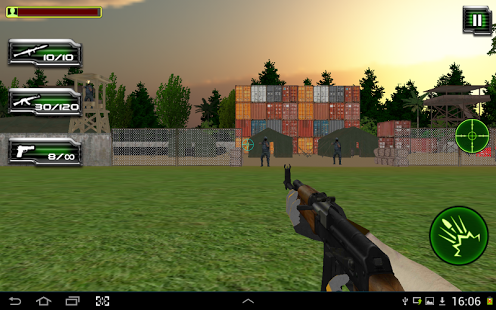