Elite Force l Version: 3.3 | Size: 2.49MB
Developers: Android Games | Language:English
ELITE FORCE game consists of 4 war battles providing hours of continuous fun!
Elite Force consists of 4 battles (games):
1. ELITE FORCE
In this first battle, you are an undercover member of the elite forces defense team. Your mission is to defend your station from attacks.
2. DELTA FORCE
In this arcade style battle, you are a member of Delta forces and you have taken control of a humvee army vehicle and is trying to getaway from the rebel army. To accomplish your mission, you need to fight rebel commando, motorcycle assassins, recon patrols, tanks and gunship helicopters in order to escape.
3. COUNTER SIEGE
This is the 3rd battle. A mix of tower defense, real time strategy and arcade in a war game. You are commander of a turret tower. Your mission
is to defend the city against invading rebel forces consisting of infantry, tanks and rockets.
4. WAR BATTLE
In this 4th battle, You have been promoted to Commander of the Army. You have at your disposal, Rifle Men, Sniper Marines, Flame Marines and Rocket Marines. This is a Real Time Strategy battle in the same genre as Age of War. Each marine has different skills, and different costs to deploy. You will need proper strategy and tactics to defeat the Enemy's Command Center.
5. DESERT STORM COUNTER STRIKE (NEW: Added on May 3, 2012)
( Download Link Button )
This is a First Person Shooter 3D game to simulate a highly simplified version of Counter Strike 1.6 on Android. There is only one simple map which is an endless terrain. You can walk in the 3D world and hunt terrorists and defuse bombs. You play as Counter Terrorist, no team mates. The idea is like Front Line Commando where you are the last surviving member of your team.
You play against terrorist bots which you can set in the Options screen.
The plot is that you are the last member of an elite force of Counter Terrorist unit sent out to battle the Phoenix Terrorists in a desert storm who are planting bombs. Your mission is to defuse the bombs and to exterminate the threat by killing the terrorists. Once a bomb has been planted you have 60 seconds to find it and defuse it.
To simulate the act of defusing a bomb, you only need to stand near it for 5 seconds and it will be defused.
Endless challenging game to cater for all abilities by customization of the game using the Options button
TIP:
You can start with either Elite Force, Counter Siege or War Battle and switch seamlessly between games without losing your Levels, Scores and Diamonds. Touch on the Menu to switch game in mid play!
OBJECTIVE:
Play for high scores on the Leaderboard and also play for Achievement Awards. After each level, you can tap the ScoreLoop button to check the Leaderboard and see how you compare to other players. Try to beat your friends and get top score! Collect the Blue Diamonds to attain the following 8 Levels of Achievements:
1. Purple Heart
2. Bronze Star Medal
3. Soldier's Medal
4. Legion of Merit
5. Silver Star
6. Distinguished Service Medal
7. Distinguished Service Cross
8. Medal of Honor (Highest and Most Prestigious Award) 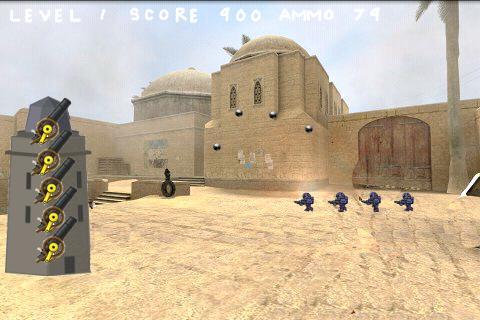 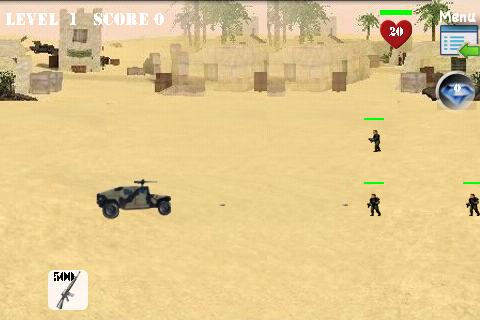 Tags for this game: Elite Force