Star runners! A space invaders style spaceship game.
(NOTE: This is a low resolution version of the Star Runners game with all the same levels and functions available)
Blast your way across the universe in this classic top down space shooter!
Shoot your way through twenty eight stages of fast retro arcade action including four boss stages and four special survival stages. Avoid asteroids and enemy spaceships or blast your way through them.
As the difficulty increases you will need to shoot as many enemies and collect as many power-ups as possible if you want to survive. Spaceship upgrades are a necessity if you want to get to the end of the game.
With new stages, power-ups and enemy ships to be added soon, this is one game that will keep you coming back for more. Best of all, you get all of this for free!
2D Top Down Space Shooter
Asteroids style space shooter
Classic arcade space invaders
Action packed asteroids style spaceship game
Free 2D scrolling space shooter
Space war, star wars, space invaders battle
Classic asteroids game with tilt activated controls
Like space invaders? You'll love this space shooter.
Free space invaders game.
Avoid alien spaceships and asteroids or shoot your way through them. 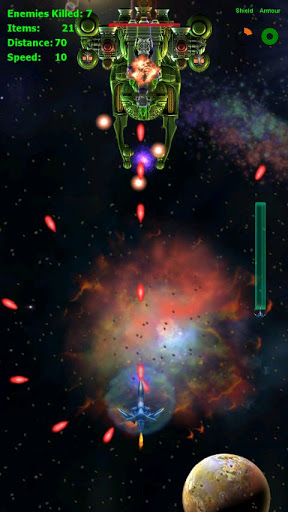 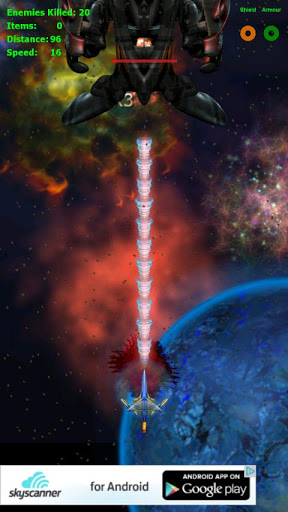